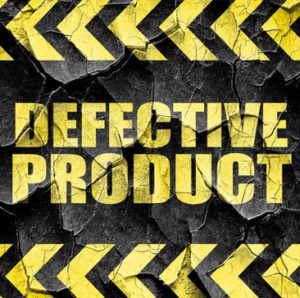 In 2010, Toyota was forced to recall nine million vehicles because of a sticky gas pedal. Thirty-one people died as a result of their vehicle speeding up on its own, while millions of others simply had a good scare. The company tried to blame bad driving, and then an innocent floor mat, before owning up to the design defect and recalling all vehicles affected. Not only did the company have to pay out over $1 billion in settlements for consumers who had been injured, but also, the company was sued for an additional $1.2 billion for “interfering with investigations.”

In 1996, 7.9 million Ford vehicles were recalled for faulty ignitions. Vehicles made between 1988 and 1993 possessed an ignition that would start on its own, short out the electrical system, and melt the entire steering column. Lucky individuals affected by this defect simply found a melted steering column in their car the next morning; not-so-lucky individuals had their houses burn down as a result. Fortunately, despite major property damage, nobody died as a result of this spooky fault.

Not all vehicle defects are so dangerous or scary as the Toyota defect of 2010, or the Ford fault of 1996. However, when a car defect does result in an accident or injury, the victim may be able to sue the car manufacturer for damages.

If you were injured in a car accident that was the result of a car defect, you could file a claim for certain types of defects, including:

In order to win a product liability claim against a car manufacturer, you must prove specific factors:

Typically, a plaintiff’s case comes down to proving the final element: that it was the defect or design that was the cause of the accident, and not poor driving or poor vehicle maintenance.

Obtain the Legal Help of a Tampa Personal Injury Lawyer

If you are the victim of a car defect or faulty design, you may be entitled to compensation for any injuries sustained. Consult with a Tampa product liability lawyer to receive an accurate assessment of your case. At The Pendas Law Firm, our Tampa lawyers have handled countless product liability cases, and can help you determine whether or not you have a case worth fighting for. For aggressive and effective legal representation, contact our Tampa law firm at 1-888-LPENDAS today.