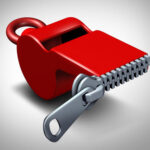 Believe it or not, one of the first major instances of whistleblowing occurred way back before major corporations and billion dollar deals were even a thing, in 1773. Benjamin Franklin exposed confidential letters that proved that the governor of Massachusetts misled Parliament to promote a military buildup in the new world. The governor was… Read More »

Your Rights Under the Florida Whistleblower Act

According to ARA Fraud & Forensic Services, 31 percent of privately owned businesses are susceptible to employee fraud, and an average of five percent of the country’s privately held business’ revenue is lost annually as a result. The median loss caused by fraud is $145,000, while 22 percent of businesses lost more than $1… Read More »

An accountant that became an FBI whistleblower for a Medicare fraud investigation against a hospital chain reignited his claims that Florida Governor Rick Scott, the company’s former chief executive, must have known about the chain’s hundreds of millions of dollars in theft. “Fraud was brewing in the DNA of Rick Scott’s company from the… Read More »

A Panama City Beach hotel marketing director says that she lost her job because she booked too many African American guests at the hotel and used the Florida Whistleblower Act on her employer. It is an accusation that her employer denies, and claims that her poor job performance is why she was let go…. Read More »