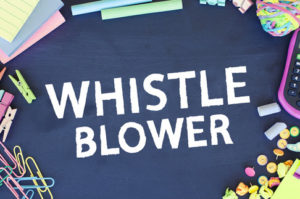 Believe it or not, one of the first major instances of whistleblowing occurred way back before major corporations and billion dollar deals were even a thing, in 1773. Benjamin Franklin exposed confidential letters that proved that the governor of Massachusetts misled Parliament to promote a military buildup in the new world. The governor was relieved of his duties and exiled.

Not too long afterwards, in 1777, two US naval officers revealed the torture of British POWs by the Continental Navy. The former commander of the US Navy retaliated against the two whistleblowers. As a result, in 1778, the Continental Congress enacted the first whistleblower protection law.

Today, whistleblower protection laws have greatly evolved with each new case of whistleblowing retaliation, but the premise of the law remains the same: to prevent retaliation against an employee who reports any violations of the law on the part of a public employer or independent contractor.

Proving a Causal Link Between Your Disclosure and Your Termination, Discipline, Or Unfair Treatment

In order to prove that your employer acted out of retaliation, you must be able to show a direct link between your unfair treatment and your full disclosure. One way to do this is to provide direct evidence of a retaliatory motive.

Direct evidence is a hard piece of evidence that explicitly states the employer’s intentions, such as an email that informs another individual within the company that, “Jessica’s report has opened a whole new can of worms for us. We need to get rid of her before she reveals what is really going on.” Unfortunately, direct evidence is hard to come by.

Another way to prove that there is a link between your filing of a whistleblower report and the employer’s unfair treatment towards you is to establish temporal proximity.

Temporal proximity is the time period between the whistleblower reporting and the adverse actions taken by the employer. Based off of previous rulings, periods ranging from 12 days to one month after a whistleblowing report is filed is considered “very close” in time. The courts are likely to find that an employer who takes adverse action within this time period is guilty of acting out of retaliation. However, anything beyond the one month period becomes much more more gray, and it can become extremely difficult for an individual to win a whistleblower retaliation claim as temporal proximity becomes a longer stretch of time.

At The Pendas Law Firm, our Fort Myers lawyers can help you understand your rights under the Whistleblower Protection Act, as well as any applicable state laws. Contact our whistleblower claims lawyers today for a free case evaluation. We can help you determine the strength of your case and present the available evidence in such a way that will prove your employer guilty of retaliation. Call us at 1-888-LPENDAS today to get started.