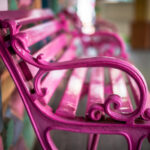 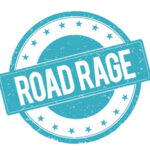 On Thursday, Feb. 2, a pickup driver was found parked on top of a Toyota Camry in Ocala, FL. According to the victim and several other witnesses, the driver of the pickup, 18-year-old Zach Waring was more than justified in his actions. Apparently, Adalberto Aponte, 53, had been driving recklessly, nearly causing multiple accidents…. Read More »

How to Sue an Uninsured Driver in an Orlando Car Accident

Dealing with uninsured vehicle drivers can be extremely frustrating, as not only is it Florida law to carry both property damage liability insurance (PDL) and personal injury protection (PIP), but also, uninsured drivers make it difficult to file a personal injury claim and collect the damages you rightly deserve in the event of an… Read More »

Orlando Man Awarded Over $1 Million In Suit Against City

An Orlando man who was seriously injured in 2012 when a tree fell on him while he was in his car was recently awarded $1.165 million in damages. The plaintiff’s suit alleged the city knew Laurel Oak trees planted around the city were severely damaged after a 2004 hurricane swept through the area but… Read More »

A passenger whose thumb was allegedly severed by a cabin door aboard a Disney cruise ship recently filed a federal lawsuit in Orlando, Florida. The 73-year-old plaintiff alleges negligence and breach of duty against Disney Cruise Lines, claiming the company failed to: Safely maintain the cabin doors; Provide safety mechanisms in the door; Warn… Read More »

An Orlando woman suffered first and second degree burns and lost one tooth after her e-cigarette exploded in her mouth. The woman was sitting in her rental car outside of a friend’s house when the accident occurred. After the explosion, the injured woman ran into her friend’s house to call 911. Five minutes later,… Read More »