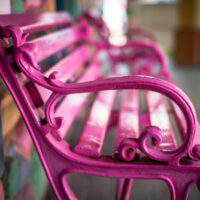 ORLANDO – A family man from Guatemala died at the Universal Orlando theme park after riding Universal’s Skull Island: Reign of Kong ride. The incident took place on Dec. 10, 2016 and Mr. Jose Calderon Arana is survived by his wife and son. He was 38 years of age.

Just after experiencing the Islands of Adventure ride with his family, Mr. Arana collapsed while resting and waiting for his family members to finish another ride. He had told his family that he was not feeling well and rested on a bench. Universal was negligent by delaying aid as the family estimates that ten minutes had elapsed and Mr. Arana was taken by ambulance to Dr. P. Phillips Hospital in Orlando, while complaining of stomach pain. He passed away at the hospital.

The Universal theme park should have disclosed on signage that this particular ride has “the potential for cardiovascular incident.” The theory of liability is that there was insufficient warning signage posted at the attraction, and that only English language signs were in place for the patrons, but no Spanish. This attraction opened at Universal Orlando in July 2016.

The Pendas Law Firm, based in Central Florida, was hired specifically to help navigate the family through the loss and to prevent this type of incident from happening to someone else.