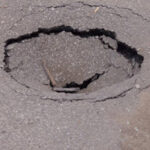 More sinkholes open in Florida than in any other state in the country. Sinkholes can cause property damage, they can cause environmental damage, and they can also cause personal injuries — and in some cases, even death. You might be able to file a personal injury or wrongful death lawsuit depending on the circumstances… Read More »

Sinkholes are common in Florida and can be extremely dangerous. In fact, Florida has more sinkholes than any other state in the country. Consider the nightmare scenario: In 2013 a man living in Seffner, near Tampa, was swallowed by a sinkhole that opened below his bedroom. His brother heard his screams, but by the… Read More » 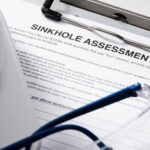 Because sinkholes are so common in Florida, it is a good idea to review your homeowners’ insurance policy annually to make sure that you are covered for sinkhole damage. Their commonality is also a good reason for us to provide a brief overview of sinkhole insurance coverage to our clients and other Florida residents…. Read More »

Understanding Sinkhole Liability & Who Is At Fault

In February and March of 2014, a Florida couple detected a sinkhole on their property, filed an insurance claim to have it fixed, and then cashed the insurance check without ever having resolved the sinkhole issue. They then sold the house to unsuspecting homebuyers – Kelly Magbee, her husband, and five children – without… Read More »

The Citizens Property Insurance Corp. released a statement that said that their company reached settlement agreements with more than 1,650 Florida homeowners last year on sinkhole claims. These settlements allowed for litigation to end between the insurer and policyholders as well as end delays to the critical repairs that the properties needed. The insurer’s… Read More »

Earlier this month, a ten-foot-by-ten-foot sinkhole opened up in front of a home in Holiday, Florida and swallowed an entire car. The owner of the home, 63-year-old Anna Maria Boi Jones, was devastated to learn that her entire home, near the corner of Torch and Button Streets, has to be condemned as a result… Read More »