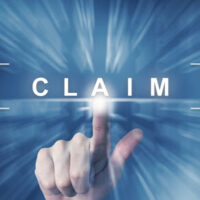 Sinkholes are common in Florida and can be extremely dangerous. In fact, Florida has more sinkholes than any other state in the country.

Consider the nightmare scenario: In 2013 a man living in Seffner, near Tampa, was swallowed by a sinkhole that opened below his bedroom. His brother heard his screams, but by the time he reached the room, the man was gone, never to be seen again. The sinkhole eventually swallowed other parts of the house, but thankfully there were no other fatalities or disappearances. Two years later the same sinkhole reopened.

Sinkholes can also cause environmental damage that threatens the health and safety of human and animal populations. For example, a large sinkhole that collapsed below a wastewater storage pool near Mulberry collapsed and leaked radioactive water into Florida’s aquifer. That is alarming for area residents who depend on this water source.

State law defines a catastrophic ground cover collapse as a “geological activity that results in all the following:

Unless your insurance policy clearly states that it covers sinkholes, you have to prove that the sinkhole activity qualifies as catastrophic ground cover collapse in order to recover under your policy. So what is a sinkhole?

Unless you have a degree in geology that definition might seem overly technical. Basically, a sinkhole is a hole in the ground that forms when the surface erodes or collapses. Sinkholes can vary in size, ranging from a small cavity to a hole large enough to swallow a car or a house (as described above). Sometimes a sinkhole develops gradually and other times a sinkhole develops without warning. They are often caused, at least indirectly, by human activity (based on how buildings are constructed and where rainwater is concentrated).

If you or your property has been affected by a sinkhole, it’s important to contact an experienced attorney who understands the distinctions between catastrophic ground cover collapse and sinkholes.

If your property has been damaged by sinkhole activity, or if you have been injured in a sinkhole-related accident, contact The Pendas Law Firm today. Our Tampa sinkhole attorneys are familiar with the technical distinctions in Florida law that may determine whether you receive compensation for your damages.