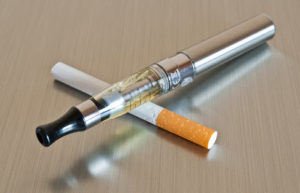 Cigarette smoking causes roughly one out of every five deaths in the United States, or 1,300 deaths per day. With such a high death rate, it is no wonder that e-cigarette use continues to grow. Currently, 3.7 percent of adults use e-cigarettes, nearly a quarter of which are former cigarette smokers. E-Vapor is supposed to be the healthy alternative to tobacco, and a way to help smokers quit. However, what if e-vapor is not necessarily a healthier alternative, but just an alternative that poses a different set of problems?

At the beginning of 2016, a Naples man sued an e-cigarette company after the device exploded in his mouth in mid-2015. His damages included a burnt face, throat, and lungs. The accident left him in a coma for a short period of time. He sued the e-vapor company for permanent injury and “unimaginable mental anguish.”

A second Florida resident, James Dardini, was sent to the emergency room in 2015 for a burn to his leg that resulted from an e-cigarette exploding in his pocket. His had to undergo extensive surgery to fix the damage. He filed a lawsuit against the e-cigarette company for his damages.

Similar reports have popped up from California, New York, and Texas, and manufacturers and retailers of e-cigarettes now have a new type of lawsuit to contend with: exploding devices.

On top of exploding e-cigarette devices, manufacturers of the product must deal with the negative health effects of e-vapor as well. Research on e-cigarettes has shown that the devices and e-vapor cause the following complications:

Unfortunately, e-cigarettes are not as heavily regulated as they should be. From lenient age restrictions to lack of proper regulations regarding their manufacturing, there are plenty of opportunities for an e-cigarette to do more harm than good. In fact, some brands of e-cigs are thought to contain more nicotine than an actual cigarette, thereby defeating the very purpose of their existence. Because of this, many health experts suggest thinking about e-cigarettes as one might think about dessert or a good steak: yes, they can be enjoyable, but as with all good things in life, moderation is key.

Were You Injured By an E-Cigarette?

If you switched to e-cigarettes because you believed them to be the “healthy alternative” to smoking regular cigarettes, and if you are experiencing new and extensive health problems as a result of the switch, consult with a Miami personal injury lawyer. There have been several successful cases against e-cigarette companies in recent years – some of which were class action lawsuits – which goes to show that just because the e-vapor industry is relatively new does not mean that it is immune to legal ramifications. At The Pendas Law Firm, our Miami product liability lawyers can help you build a case against the e-cig manufacturer and any other liable parties and work to secure a successful outcome. To schedule your private consultation now, call 1-888-LPENDAS today.