Who Is Liable for Contaminated Drinking Water? 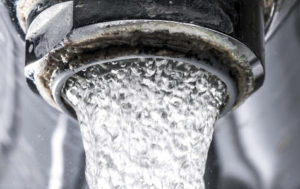 Without a clean water source a village, township, or city would be hard-pressed to survive. In today’s society, it is the state and local government’s job to ensure that its people has enough clean water to drink, bathe with, wash their dishes with, and any other number of uses to further one’s health and well-being. There are laws and regulations in place to ensure that minimum safety standards are met to provide people with clean water, and that proper response measures are enacted in order to minimize risk of water contamination. Unfortunately, because water is a natural resource, it is susceptible to contamination despite strict safety measures put in place by state and local governments.

The Flint, MI water crisis has been ongoing since the city switched water supplies from Lake Huron to the Flint River in April of 2014. In order to reduce costs, the city of Flint opted to tap into their old primary source of water while a new pipeline connecting Flint to Lake Huron was constructed. Within months of switching water supplies, the city issued a “Boil Water Advisory” because fecal bacterium was detected in the water. The ban was lifted, but another advisory was issued less than a month later.

On January 2, 2015, the city warned residents that byproducts found in the water could result in serious health issues, including cancer.

After several ongoing attempts by the Environmental Protection Agency (EPA) to remedy the water crisis, Virginia Tech eventually recommended that the city declare its water unsafe for drinking or cooking. One month later, the city switched back to Detroit’s water source.

In December of 2015, Flint declared a state of emergency.

On January 13, 2016, Governor Snyder announced that an outbreak of Legionnaires’ disease occurred in the Flint area between June 2014 and November 2015, with 87 cases and 10 deaths.

On January 27, 2016, the first of many lawsuits was filed in Detroit against the state, alleging the violation of the Safe Water Drinking Act.

The Safe Drinking Water Act of 1974

The Safe Drinking Water Act was enacted in 1974 and updated in 1996. The purpose of the law is to ensure that the general public has quality and safe water for consumption. The act authorizes the EPA to set national standards for drinking water to protect people against health issues that may arise from harmful water contaminants. The EPA is also charged with identifying state and local governments and water suppliers who fail to carry out these standards.

Additionally, every community water supplier is required to provide residents with an annual report – known as a Consumer Confidence Report – with information regarding the water’s quality and any contaminants found in the supply. Households can also have individual tests run on their own water supply via state-certified drinking water laboratories.

Who Is Liable for Contaminated Drinking Water?

Because it is the state and local government’s and the water supplier’s shared responsibility to ensure safe drinking water for consumers, any of these parties may be held liable for illnesses or deaths that result from water contamination. However, because it can be difficult to sue a government agency or entity, it would be advisable to consult with an lawyer before seeking legal remedies.

At The Pendas Law Firm, our Jacksonville personal injury lawyers have experience in dealing with cases against the government and other protected entities. If you or a loved one suffered an illness or even death as the result of contaminated drinking water, contact our personal injury law firm at 1-888-LPENDAS right away.