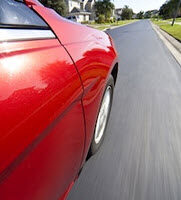 According to the Miami Herald, Miami-Dade County authorities and residents alike have noticed a growing issue in recent years. Traffic jams that used to be exclusive to highways and freeways can now be found in suburban areas throughout the city and the surrounding area. People who used to be able to peacefully run, walk their dogs, and frolic around their neighborhoods now reportedly have to watch out for the drivers who are hurriedly trying to find alternate routes to avoid pockets of traffic. Traffic has escalated so much that one speeding driver reportedly hit a Coral Gables house after losing control of his vehicle.

It is clear that residents are now battling drivers who are utilizing residential streets in ways that they were never intended to be used. However, authorities are not simply allowing residents to remain disgruntled. Instead, authorities are considering how to implement a phenomenon called traffic calming.

What is Traffic Calming?


According to the US Department of Transportation, traffic calming encompasses a wide range of measures that are intended to reduce the number and speed of vehicles in a given area, mainly through the use of physical implementations.

What is the Purpose of Traffic Calming?

By reducing the number of vehicles that travel in residential areas and slowing down those vehicles that continue to drive through them, residents are both happier and safer. The lower the number of speeding vehicles, the better the chance that pedestrians can continue to enjoy their neighborhoods with a lower risk of being involved in an accident. This also improves overall quality of life.

What Are Examples of Traffic Calming?

Traffic calming measures can include:

What Changes Has Miami-Dade County Begun to Make?

Several speed bumps have already been installed in South Miami as well as No-Right-Turn-at-rush-hour signs. More changes are planned for the future, including narrowed streets, increased vegetation, and shared lane markers for pedestrians.

And in Coral Gables, several negotiations between the city and county over the last three years have now resolved in a traffic scoring system by which the city will be able to implement measures based on its own needs for the 156 problem spots it has identified.

Why Are These Changes Important for Miami-Dade County?

Because the conflict between these misplaced commuting drivers who are cutting through residential areas and the people who live in them is unlikely to resolve on its own. Being outdoors and enjoying the beautiful weather of South Florida is a large reason why people buy homes here. In contrast, apps such as Waze and Google Maps operate in real time to navigate drivers using the fastest route, regardless of whether it is through a neighborhood where kids ride their bike or mothers push strollers. This is why Miami-Dade is implementing these changes.

Have You Been the Victim of a Driver Who Was Reckless in Your Neighborhood? Remain Calm and Contact an Experienced Attorney.

If you or a loved one has been the victim of a car accident that involved a driver who was recklessly using your neighborhood as a shortcut, we can help. Contact the experienced Miami automobile accident attorneys of The Pendas Law Firm today and we will help you recover the compensation you are entitled to.