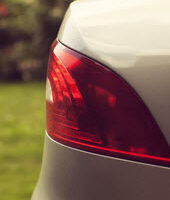 Motorists are not the only people at risk of injuries in car accidents; pedestrians should also be wary of reckless and negligent drivers, especially when a nearby vehicle is backing up. Sometimes drivers back up without looking or don’t notice someone in their blind spot.

In June 2017, a 2-year-old boy died when his mother accidentally backed over him in an apartment complex parking lot off Atlantic Boulevard in Jacksonville. She thought the boy was in his grandmother’s apartment, but he slipped out before the grandmother noticed.

According to Safe Kids of Northeast Florida, every year more than 260 people are killed and 15,000 people are injured from cars backing into them. The group notes children under 5 years old are most at risk of being backed into. In fact, Florida ranks second in child-pedestrian fatalities, according to the National Highway Traffic Safety Administration.

Florida also has the second-highest rate of pedestrian deaths across the board. A study conducted by the Governors Highway Safety Association found that pedestrian fatalities increased 25 percent between 2010 and 2015, with 3.12 pedestrian deaths out of every 100,000 people in Florida (the only state with higher numbers is Delaware).

Florida law prohibits vehicles from backing up unless they can do so safely and without blocking traffic. Drivers are also not permitted to back up on a shoulder or roadway of a facility with limited access. Violators may be cited, and these tickets can be used as evidence of negligence in a personal injury or wrongful death lawsuit.

Other Fatalities and Injuries Caused by Cars Backing Up

In August 2017, a woman looking for free coconuts backed her SUV into several people in Port St. Lucie. A landscape contractor who lives on Gadsan Avenue had left 200 coconuts on the side of the road for people to pick up. A 69-year-old woman drove by and decided to stop, but when she backed up she ran over a 67-year-old man and hit two others who were also there looking for coconuts. The man was killed, and the other two victims sustained injuries. The woman also struck another car.

In June 2017, an 88-year-old woman walking in a Wal-Mart parking lot was killed when an 84-year-old driver backed into her. The driver then crashed into two parked cars, one of which struck a third parked vehicle. The driver tried to maneuver back into the original parking space but ended up striking a fourth parked vehicle. The accident took place in Englewood, and no other injuries were reported.

In February 2017, a Bay County employee was killed when a dump truck backed over him. The 59-year-old road and bridges workers was walking along the north shoulder of 4th Street when the accident happened. He was taken to the hospital, where he died.

Contact a Jacksonville personal injury attorney at The Pendas Law Firm today for a free consultation if a vehicle backed into you or a loved one. We will help you recover compensation for your injuries.