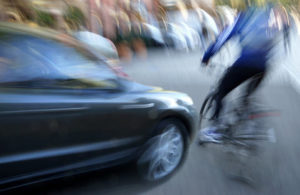 Because of Florida’s warmer climate, bicyclists are out and about year-round. While bicycling is significantly better for the environment than driving, Florida drivers never get a respite from having to share the road with smaller, more fragile commuters. They must instead remain vigilant year round in order to avoid hitting, sideswiping, or otherwise harming a bicyclist. If a driver does happen to hit a bicyclist—even if just a tiny bump—the chances that the bicyclist received serious injuries is high. Because of this, it is imperative that both bicyclists and drivers operate their respective modes of transportation with the utmost diligence, and that they are wholly aware of their surroundings at all times.

Unfortunately, accidents do happen, despite extreme care and vigilance. If you were the operator of the motor vehicle involved in a bicycle-car accident in West Palm Beach, it is imperative that you determine liability—especially if the accident was not your fault. Given the very real fact that bicyclists are much more vulnerable to injuries than the operators of a car, truck, or other motor vehicle, you could be at risk for having to greatly compensate the bicyclist for his or her injuries and other damages.

When Bicyclists Can Be Held Liable

Given the fact that cars do have the advantage over bicycles out on the road, it can be difficult to convince a judge and jury that the bicyclist was responsible for his or her own injuries. However, bicyclists have a responsibility to follow the rules of the road just as much as the operator of a motor vehicle does, and should they create an unsafe situation, they can be held liable for any accidents that arise.

While Florida cyclists have several bicycling laws to obey when riding on the roads, the most important are:

For instance, under Florida law, riders must ride in the bike lane or as far to the right as practical. However, they are permitted to leave these areas and enter the roadway to pass someone, make a left turn, or avoid a hazard in their lane. When a bicyclist performs one of these maneuvers, drivers are expected to give them three feet of space. Additionally, drivers are required to give cyclists three feet of space when passing or traveling next to a cyclist, no matter what the cyclist is doing. If a cyclist moves out of the bike lane without indicating their intention, and a driver – knowing what the cyclist intended to do despite lack of a signal – allows enough room, but a crash occurs anyways, determining liability will be extremely tricky. However, it could be said that because the biker did not signal, they are at fault.

Proving liability in a bicycling accident is difficult no matter who was at fault. This is usually because accidents involving cyclists end the same way—with the bike damaged beyond repair, and the cyclist severely injured. Because of this, it is crucial to photograph what evidence there is at the scene, and to gather the contact information of any potential witnesses. Eyewitness testimonies will be key in ultimately proving who caused the accident, and therefore, who is liable for any injuries and damages.

If you were involved in a car accident with a bicyclist, and if you are worried that the cyclist is going to try to sue you for damages from an accident they caused, contact our West Palm Beach car accident lawyers right away. At The Pendas Law Firm, we focus on personal injury law, and have helped countless clients prove the other party to be liable for any damages and injuries sustained. Call our law firm at 1-888-LPENDAS to schedule a private consultation today.