Collecting Damages for Sexual Assault on a Cruise 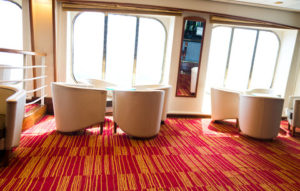 No one expects for anything bad to happen to them while they are on vacation, but unfortunately, danger lurks everywhere—even in the cozy comfort of a luxury resort. Likely because of the close quarters and being out at sea, crimes occur more often than travelers would like to believe on cruise ships. Rapes and sexual assaults are one of the most common types of crimes that occur on luxury cruise lines. According to Inside Edition, approximately 150 reports of sexual assault have been filed against cruise lines that left U.S. ports between 2010 and 2014. The report does not take into account the number of unreported cases of rape and sexual assault.

Rape and sexual assault are very traumatizing events, and not something that anyone, ever, should have to deal with. If you or a loved one was assaulted in any way while vacationing on a luxury cruise line ship, it is imperative that you hire a West Palm Beach personal injury lawyer to help you seek justice for the injustice committed against you.

If the victim is below the age of 12, there is no need to prove consent, as his or her young age is enough to assume lack of consent to the act.

Legal Options After Being Sexually Assaulted on a Cruise Ship

Under the Shipping Act of 1984, 46 U.S.C. §1702(6), any cruise ships departing from U.S. ports are considered “common carriers,” and as such, they owe their passengers a heightened duty of care. Cruise lines are required to protect their passengers from any physical harm, which includes protecting them from assault by crew members, rapes, and other criminal attacks by anyone on board.

Furthermore, the General Maritime Law applies to sexual assaults and other personal injuries that occur aboard cruise ships. If you or a loved one were injured on cruise ship, it is imperative that you report the crime to the FBI, who will investigate the incident and take the necessary actions to ensure that you receive justice.

Filing a Lawsuit for Sexual Assault on a Cruise Ship

If you were raped or sexually assaulted while on a cruise, you have the option to sue the perpetrator for damages, including but not limited to medical expenses, lost wages, and pain and suffering. In order to sue for damages, you must file within the state that has jurisdiction over the ship, which would be the state in which the cruise line is based. If you are not sure in which state the cruise line is based, just refer to the back of your ticket, where a clause in small print should specify which state law governs the ship.

If you were sexually assaulted on a cruise ship whose home base is the state of Florida, refer to Florida Statute 794.011 for more information on what constitutes as sexual assault and battery in Florida, how to pursue damages, and what kind of punishment you can expect your perpetrator to receive.

At The Pendas Law Firm, our West Palm Beach personal injury lawyers are here to stand up for your rights when they have been violated. Sexual assault and sexual battery are two crimes that no one should have to deal with; however, if you or a loved one fell victim to either type of crime while on your cruise vacation, let our lawyers fight on your behalf for damages and justice. Call our law firm at 1-888-LPENDAS to schedule a private consultation today.