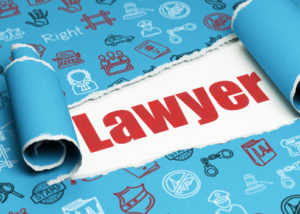 In May of 2014, South Carolina resident Carla Denise Garrison was stabbed by a hypodermic needle in a Target parking lot. According to her testimony, upon getting out of the vehicle her then eight-year-old daughter Kaileigh picked up the used needle. Her mother swatted it out of her hand, and in doing so, pricked herself. She immediately reported her injuries to a store team member, and then proceeded to the emergency room, where she was tested for HIV and hepatitis. She was also given medication in case she had contracted HIV from the needle.

Though she has thus far tested negative for both HIV and hepatitis, the emotional trauma she has undergone is extensive. Combine her pain and suffering with the inconvenience of being made unnecessarily sick, the missed work, and the medical bills, and that one tiny needle in the Target parking lot caused a whole lot of upheaval in Carla and her husband’s world. Because of that, they reasonably asked Target to cover the hospital bills and the lost wages. Target declined. Carla then hired a personal injury lawyer, who tried to get Target to settle with their client for $12,000. Target still refused. The case went to trial, and just this past September – a little more than two years after Carla initially asked the retail giant to pay for her medical expenses and lost wages – Carla Denise Garrison was awarded $4.6 million in damages.

Beyond that, a property owner has a duty to his or her patrons to keep the property safe, to ensure that the property is free of hazardous substances, and to provide adequate security measures to ensure their visitors’ ongoing safety.

The degree to which a property owner must adhere to these requirements varies depending on how a property owner’s visitors are categorized. Under Florida law, there are three types of visitors:

The legal duty owed to each type of patron varies by circumstance, but the visitors that are owed the greatest degree of protection in Florida are public and business invitees—or, in essence, a business’s patrons.

Carla was a business invitee of Target’s, and as such, the company afforded her the highest duty of care. Unfortunately, they failed to keep her safe, and as a consequence, had to pay for their negligence.

At The Pendas Law Firm, our Fort Lauderdale personal injury lawyers are well-versed in premises liability law and can evaluate the strength of your case before you file a claim. Many times, the defendant will try to dissuade you from filing a claim, and even use scare tactics or offer an unreasonable settlement to get you to back off. Before you make any major legal decisions, consult with a Fort Lauderdale premises liability lawyer to discuss the options available to you. Like Carla Garrison, you might be surprised that you have a case worth fighting for. To schedule a case evaluation today, call us at 1-888-LPENDAS or schedule a consultation online.