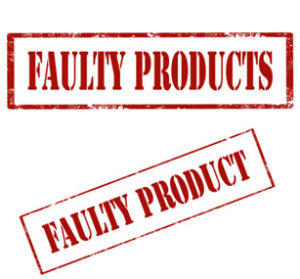 When Samsung’s Galaxy Note 7 was first released, there were reports of them catching fire while people slept soundly in their beds, went about their daily business, or were driving in their cars. Initial reports blamed the fires on overcharging, but as they began to “explode” in pockets and handbags, it became clear that overcharging was not the issue; the battery design was simply defective. After the initial 35 cases of exploding cellphones were reported to Samsung, they made the decision to recall every single Note 7 that had been released—all one million of the 2.5 million that had been manufactured. That was back in October.

Samsung thought its problems would stop there, but just this past month, on November 16th, a report was filed in Canada regarding a Galaxy S7 exploding in a man’s pocket. Other variations of the 7 series have similar reports against them.

While iPhones and other smartphones have faced similar problems, the issues with the Galaxy 7 series caught the attention of consumers everywhere. This may be due to the high volume of phones that caught fire in such a short period of time, or it may be because smartphones are supposed to be getting better, not worse. For many consumers, the issues with the Note 7 seem to be a step in the wrong direction.

At The Pendas Law Firm, our Tampa product liability lawyers can work with you to sue the cellphone manufacturing company in the event that you were injured by a smartphone. In fact, one Florida man has already sued Samsung after his phone caught fire in his pocket, causing him severe burns and extreme pain. The man is suing Samsung for $15,000 in damages.

While the victims of the Galaxy battery gaffe are likely to get the settlement they ask for, not all cases concerning defective cellphones, or injuries caused by cellphones, are so cut and dried. Because many cellphone injuries are latent (such as brain tumors and cancer), it can take a lot of time, resources, and a skilled team of personal injury lawyers to prove your case. However, if you can prove the following four elements, your chances of winning your case are good:

At The Pendas Law Firm, our product liability lawyers are here to protect your rights in the event that you were injured by your smartphone. As a consumer, you expect the products you buy to be free of defects and safe to use. Unfortunately, errors in manufacturing do occur, and they can lead to sudden and long-term injuries. If you or a loved one has been injured by a cellular device, reach out to the Tampa personal injury lawyers at The Pendas Law Firm for advice. Give us a call at 1-888-LPENDAS or schedule a consultation online today.