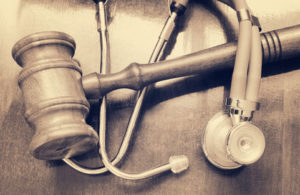 Doctors are supposed to be people that we can trust with our lives, and medical centers, such as hospitals, are supposed to be places of reprieve, safety, and care. Unfortunately, recent studies indicate that at 250,000 deaths per year, medical malpractice is now the third leading cause of death in the United States. This number far surpasses the previous third leading cause of death – respiratory disease – which kills on average 150,000 individuals each year (Johns Hopkins University). Medical malpractice can result from any number of causes, ranging from misdiagnosis to the complete failure to diagnose, and from errors in medication prescriptions to errors relating to child birth (which account for 20 percent of all medical malpractice cases).

It can be scary to think that you might go in for a routine procedure and come out with an entirely new, and oftentimes far worse, condition, but medical malpractice is occurring at an alarming rate across the country. What is even scarier is that the law makes it difficult to file a successful medical malpractice claim against medical personnel, and to receive the compensation you deserve for the damages sustained.

Dos and Don’ts of a Medical Malpractice Claim

If you hope to be successful in your Tampa medical malpractice case, there are certain steps you should take, and some that you should avoid, in order to prove that the medical professional or facility is liable for your injuries. Steps you should take include:

Some things that you should avoid doing altogether include: