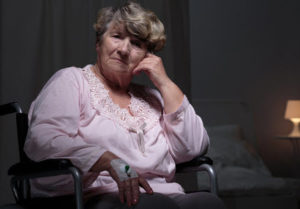 No matter which way you look at it, nursing home abuse is a deplorable act, as it targets one of the most vulnerable demographics of our nation. Unfortunately, it is problem that is growing at an embarrassingly swift rate, and despite sincere efforts to put an end to it, elder abuse is hard to track and therefore, hard to get control of.

Many individuals are unaware of the real threat that financial elder abuse poses to our nation as a whole, but they should educate themselves—especially if they have elderly loved ones in nursing homes, or are a part of the 60 and up demographic. Elder abuse costs older Americans an outstanding $2.9 billion dollars each year. According to the MetLife Study of Elder Financial Abuse conducted by Virginia Tech University, dollar losses were heightened during the holidays—specifically during the months of November and January. The character of financial elder abuse also changed during those months; whereas during the rest of the year a majority of financial elder abuse cases were committed by nursing home attendants and strangers, 50 percent of cases were committed by friends and family members during the holidays.

Protect Your Elderly Loved Ones

Whether your loved one is a victim of physical nursing home abuse, nursing home neglect, or financial elder abuse this holiday season, the best way to protect them from further abuse would be to hire an Orlando nursing home abuse lawyer. In order to fully understand the charges a perpetrator might face, as well as the rights of your elderly loved one, refer to Florida Statute 825.102.

Subsection (3)(a) specifically deals with financial exploitation of elderly individuals, and makes clear that financial elder abuse is a form of aggravated abuse, which is charged as a felony of the first degree and is punishable as provided in s. 775.082, s. 775.083, or s. 775.084. A person may be found guilty or financial exploitation even if they did not actually commit the crime, but simply failed to take reasonable efforts to protect the elderly individual.

In order to prove that your loved one is a victim of financial elder abuse or nursing home abuse in general, you must be able to prove the following elements to be true:

If you are dealing with financial exploitation, you must be able to prove that the person who committed the crime assumed some caregiver function over the elderly victim.

At The Pendas Law Firm, our Orlando personal injury lawyers advocate for those who are unable to help themselves. Elderly individuals are prime targets for criminals, especially during the holidays. Now is the time to remain vigilant of your loved one’s physical, mental, and financial health, and to report any significant changes that you might see. If you notice that anything is askew, reach out to our nursing home abuse lawyers to learn more about the legal options available to you. Contact our Orlando personal injury law firm right away at 1-888-LPENDAS to schedule an initial consultation today.