The Negligence That Leads to Childbirth Tragedies 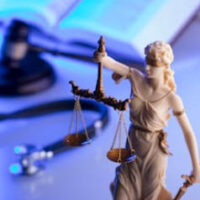 Having a child is often one of the most anticipated events experienced in a lifetime. But tragically, injuries to mothers and babies sometimes happen unnecessarily during this monumental event that can lead to serious injuries or even death. These unnecessary injuries occur whenever hospitals, nurses, doctors, or other medical personnel act outside of the reasonable standard of care and cause an injury to a patient that constitutes medical malpractice. And while medical malpractice is always tragic, the injuries that occur during childbirth are especially sad because they often affect at least two lives instead of one.

What Recent Update Regarding a Childbirth Negligence Claim Was Recently in the News?


The Palm Beach Post recently reported that a Broward County jury has awarded $24.5 million to the family of a Florida mother of four who died in 2015 after giving birth to her last child. The 34-year-old woman bled to death after delivering her daughter from a Cesarean section that was negligently performed by a team of doctors a whopping fourteen hours after it was scheduled. The doctors admitted to the court during the damages trial that their actions had been negligent.

How Common Are Medical Malpractice Injuries?

Johns Hopkins patient safety experts indicated in 2016 that medical errors are an under-recognized cause of death and according to their calculations, more than 250,000 deaths per year are due to medical error in the U.S. A large percentage of these injuries are likely the result of medical malpractice and could have probably been prevented.

What Kind of Medical Errors Lead to Childbirth Negligence Claims?

There are a number of errors that can lead to injuries during childbirth and later give rise to a negligence case. These errors can include:

What Happens if I Signed Paperwork Before Entering the Hospital to Give Birth?

It is very common for medical providers to have patients sign various paperwork prior to treatment. However, and importantly, anything you have happened to sign does not automatically stop you from being able to recover. Even signing a waiver does not absolve a negligent medical professional of liability. Despite whatever paperwork you may have signed, an experienced medical malpractice attorney can help you obtain the compensation you are entitled to.

Allow Us to Help

Medical malpractice during childbirth can lead to tragic circumstances, but you don’t have to suffer a second tragedy by suffering without the compensation you deserve. If you believe that you or a loved one has been injured  at the fault of someone else’s medical negligence, contact the experienced West Palm Beach medical malpractice attorneys of The Pendas Law Firm today.