The Causes of Gas Leak Explosions 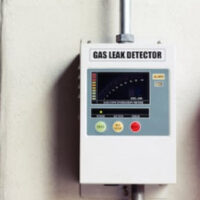 ABC WFTS News recently reported that Pasco County Fire Rescue had to clear a Port Richey mall of gas after a gas leak was reported. The mall had to be evacuated due to the gas leak after security detected the smell of gas inside the mall. The source of the leak is still being investigated. Fortunately, no injuries have been reported.

But unfortunately, every gas leak does not end so well. The Pipeline and Hazardous Materials Safety Administration (PHMSA), a United States Department of Transportation agency, has indicated that data shows an average 155 incidents happen annually related to gas distribution pipelines, meaning that one occurs almost every two days. In 2009 alone, there were 158 natural-gas distribution pipeline incidents reported to PHMSA that killed 10 people, injured 50 and caused almost $32 million in property damage.

What is Natural Gas?


Natural gas is a major energy source in the United States that is odorless and colorless in its natural state – and also happens to be flammable. Millions of years ago, animal and plant remains were buried under layers and layers of sediment. Over time, some of this organic material converted into natural gas  through the combination of pressure and heat.

According to the American Gas Association, 177 million Americans use natural gas as an efficient source of energy in their day-to-day lives, probably in large part because natural gas costs less to use than other major home energy sources. The uses of natural gas include:

Natural gas explosions can, unfortunately, occur for a variety of reasons which may be unsurprising considering gas is used in so many ways despite its known combustibility.

Sources of gas explosions can include:

When gas explosions occur, the relationship between the source of an explosion and the cause of an explosion is often not an obvious one. This is where the help of an experienced personal injury attorney can come in handy.

What Should You do if You Suspect a Gas Leak?

If you suspect that you smell a gas leak, you should immediately leave the building and get as far away from it as possible. Prior to leaving do not use anything that could cause a spark such as turning on any kind of appliances, thermostats, or electric switches. Once you are a safe distance from the property, you should alert the fire department.

Have You or a Loved One Been Injured in a Gas Leak Accident?

Natural gas explosions in homes or apartments are devastating events that often result in serious injury or even death. If you or a loved one has been the victim of a gas leak that occurred on someone else’s property or because of someone else’s fault, we sympathize with what you and your family have experienced and we can help. Contact the experienced Tampa personal injury attorneys of The Pendas Law Firm today and we will help you hold the responsible parties accountable and recover the compensation you are entitled to.