Filing a Lawsuit Under the Federal Tort Claims Act 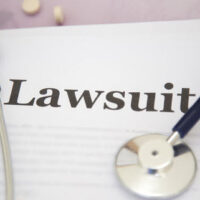 In September 2003, a Florida woman named delivered her son via C-section at Naval Hospital Jacksonville. She says she noticed a shooting pain immediately after delivery. “It feels like fire, like a poker next to my tailbone. On occasion, it shoots down the left side of my leg on my calf, and then down and into my foot,” she told NBC News.

A recent CT scan finally revealed the cause of her back and leg pain, which continued for 14 years after her C-section. There was a broken, 3-centimeter epidural needle in her spine. She filed a medical malpractice lawsuit against the federal government, claiming that the needle caused permanent nerve damage.

But how do you file a medical malpractice claim against the federal government?

It’s not always easy to sue the government (whether it be a municipal or state government or the federal government). There is a doctrine called sovereign immunity that says the government can’t be sued without its consent. However, governments do consent to legal liability in certain circumstances, usually through legislation that permits private parties to enforce a particular law.

For example, there is a federal law called the Federal Tort Claims Act that permits medical malpractice lawsuits like the one recently filed by Bright.

The Federal Tort Claims Act provides compensation to those were injured by a government employee’s negligent or wrongful act. “Injury” includes both physical injuries and property damage. It also includes wrongful death cases. Here are a few things you should know about the scope of the FTCA and filing an FTCA claim:

An experienced attorney can guide you through this process.

Contact a Jacksonville personal injury attorney at The Pendas Law Firm today for a free consultation if you were injured by medical malpractice. We will seek the compensation that you deserve, whether it’s from a private doctor or a government doctor.