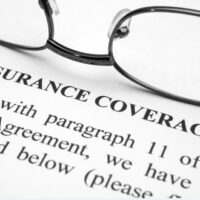 In April the Florida House of Representatives voted to repeal the state’s personal injury protection (PIP) insurance system. But because of the Senate’s inaction, the measure will not become law — at least not until another legislative session.

What Is the Law Currently?

(Lost wages refer to the wages you are unable to earn because of your injury. For example, if you break your leg in a car accident and can’t go to work for two months, you may be entitled to two months of lost wages.)

But $10,000 might not be enough to cover your medical expenses or completely make up for lost wages. In that case, you might need to bring a personal injury lawsuit to recover damages.

What’s Wrong with the Current System?

Lawmakers were concerned that some of these PIP claims were fraudulent. According to the Office of Insurance Regulation, Florida has seen an increase in PIP claims and payments in recent years.

If it had become law, the new system would have saved motorists almost $1 billion a year, or $81 a car.

What Did the Legislature Try to Do?

The House voted 89-29 to require motorists to carry minimum bodily insurance coverage of $25,000 for injuries to another person and $50,000 for injuries to two or more people. Lawmakers hoped that this change would bring down car insurance rates, which have risen 25 percent in the past two years.

The Senate Banking and Insurance Committee also voted to replace the PIP system with a requirement that motorists carry bodily injury protection, but the proposal was never considered by the entire chamber. There was also a key difference between the House bill and the Senate proposal: The Senate version included a provision creating a medical payment (called MedPay) coverage mandate of $5,000.

If the Senate had passed its version of the bill, the two chambers would have had to agree on one version before it could be sent to the governor for his signature or veto.

If you have questions about your personal injury protection insurance, or are interested in obtaining coverage, contact a Jacksonville personal injury attorney at The Pendas Law Firm today for a free consultation. We will keep you updated on all of the latest developments in Florida law related to PIP insurance.