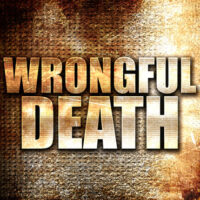 A widow is suing the City of Tampa in Hillsborough County Circuit Court for the wrongful death of her husband, who died in 2014 when Tampa Police pulled him over.

Officers were responding to a call about a wrong-way driver when they stopped Arthur Green Jr. They forcibly removed him from his car and restrained him on the ground. Green was visibly disoriented and stopped breathing. That’s when the officers realized he might be having a medical episode and called an ambulance. He was taken to St. Joseph’s Hospital where he died within the hour.

Green’s widow alleges that the officers were negligent in not providing her husband with immediate medical care during a hypoglycemic incident (he had diabetes). She is also alleging that the police department filed to train the officers on how to recognize and handle a person having a diabetic episode.

She originally filed her lawsuit in federal court, alleging that the police violated her husband’s constitutional rights, but the court dismissed the case. However, the court authorized her to pursue two of her claims in state court, which has jurisdiction over the wrongful death allegations.

If a loved one dies because of someone else’s negligence, the deceased person’s family might be entitled to damages. Florida law designates spouses, parents, children, and any other dependents as “survivors” eligible for compensation in the event of a wrongful death.

Bringing a Wrongful Death Action Against the Police

The federal court concluded that the officers’ use of force was justified, but Green’s widow will have the opportunity to have her claims decided by the state court.

Reach Out to Us for Help with Your Case

If you or a loved one was injured (or killed) during a police stop, contact a Tampa personal injury attorney at The Pendas Law Firm today for a free consultation. You will need an experienced attorney to help you prove that the officer’s use of deadly force was not justified and that you are entitled to compensation for the injury or wrongful death.