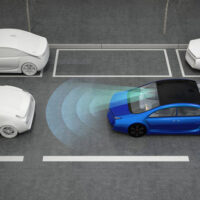 A federal class action lawsuit in California involving a Florida plaintiff claims that the enhanced autopilot system in 47,000 Tesla S 90D electric sedans is dangerously defective. The Florida plaintiff is a man from Davie named John Kelner, who bought his Tesla in December 2016. According to the complaint, these cars veer out of traffic lanes, “lurching, slamming on the brakes for no reason, and failing to slow or stop when approaching other vehicles” while the autopilot is engaged.

This issue — potentially defective autopilot systems — hits close to home for Floridians, who likely remember a fatal Tesla crash that happened in this state in 2016.

In January, federal regulators closed an investigation into the 2016 fatal Tesla crash in Florida that involved the car’s autopilot system. According to the National Highway Traffic Safety Administration (NHTSA), the Tesla Model S did not have any safety defects and no recall was necessary. However, the NHTSA cautioned that cruise control, automatic braking and other driver-assist technologies don’t excuse drivers from continuously paying attention when behind the wheel. Improved technologies may decrease accident rates, but they will not eliminate them all together.

The 2016 crash involved a 40-year-old man from Ohio who was driving his Tesla with the autopilot engaged when he drove under a big-rig truck turning left across a highway. The Tesla was crushed and the driver was killed. The truck driver told authorities that he heard a Harry Potter movie playing in the crushed car.

So far that is the only fatality involving a Tesla, although there have been other accidents resulting in injuries.

Who Is Liable in Autonomous Vehicle Accidents?

The Tesla accident and other potential crashes involving semi-autonomous (like this one) and autonomous (driverless) vehicles raise interesting liability issues. If the car is driving itself, who is responsible in an accident? While the NHTSA warned drivers that they are still responsible when their cars are operating on autopilot, the federal agency is not a legal authority and doesn’t get the final word on the matter.

Would car accident victims be able to sue the car manufacturer under products liability law as well as the responsible driver? What about in the future if there are passengers riding in driverless cars? These are issues that will play out in court as autonomous driving technology develops and accidents happen. Because this is an emerging area of law it’s important that you contact an experienced personal injury attorney if you are injured in an accident involving a semi-autonomous or autonomous vehicle.