Legislative Proposals that Would Have Affected Personal Injury Cases 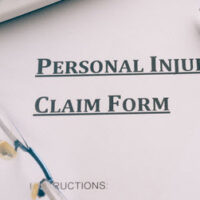 Two bills that would have affected personal injury cases in Florida will not become law, at least not this year. (But like changes to the personal injury protection system that recently failed and have been considered in past years, these proposals could be reintroduced in another legislative term if there is legislative or public interest).

One of these proposals, a prejudgment interest bill, was introduced by Sen. Greg Steube (R-Sarasota) in January. This bill would have required courts to include interest in the final judgment in personal injury negligence cases. Specifically, whenever a personal injury plaintiff recovered economic or noneconomic damages, the court would have included interest on each damages component.

The bill was withdrawn from consideration in May, but a future iteration of this proposal one day could be revived.

Rep. Bob Rommel (R-Naples) introduced a medical malpractice bill in January that would have required a specific way of calculating damages in certain personal injury and wrongful death cases. It also would have prohibited certain information from being introduced as evidence. For example, the maximum recoverable amount of medical damages would have been limited to the amount originally billed by the health care provider (assuming that there was no outstanding amount due), and an individual contract between a health care provider and a health insurer would not be subject to disclosure or admissible in evidence.

If the medical expenses were paid by a government program like Medicaid or private health insurance (and assuming there was no outstanding amount due aside from a copayment or deductible), the maximum amount recoverable would have been the amount actually remitted to the health care provider plus the copayment or deductible.

If there was an outstanding balance, or if future medical costs were expected, the maximum amounts recoverable would have been the amounts customarily accepted from Medicare in payment for such services by other health care providers in the same geographic area.

The proposal never made it out of the House Civil Justice and Claims Subcommittee.

We Can Assist You with Your Case