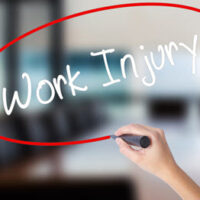 Last year a group of retired football players brought a lawsuit against the National Football League. They wanted the NFL to recognize chronic traumatic encephalopathy as an occupational hazard eligible for workers’ compensation. They filed their federal lawsuit in Fort Lauderdale.

While the lawsuit has since been withdrawn, the ultimate goal remains the same — securing compensation for the head injuries football players sustain while doing their jobs.

What Is Chronic Traumatic Encephalopathy?

Chronic traumatic encephalopathy, or CTE, is a progressive degenerative disease of the brain. It affects people who repeatedly suffer concussions and other traumatic brain injuries. Athletes who participate in contact sports, like football, are especially at risk. The brain of a person with CTE will deteriorate over time.

Common symptoms of CTE include:

The Fort Lauderdale lawsuit was not the first of its kind. Other former football players have filed similar concussion lawsuits against the NFL. A federal district court in Pennsylvania oversaw a group of these cases that involved 22,000 former players. The parties reached a $1 billion settlement, which 200 players opted out of (deciding instead to pursue their own lawsuits against the NFL).

A federal appeals court upheld the settlement, and the U.S. Supreme Court declined to review the case, which means that the settlement stands.

A group of 38 players brought the Fort Lauderdale lawsuit. They claimed that science proves the link between CTE and head trauma and asked the court to force the NFL to recognize CTE as an occupational disease for which afflicted players deserve workers’ compensation benefits.

The court dismissed the lawsuit without prejudice (meaning that it can be refiled), while the players voluntarily withdrew their claims. Their plan is to pursue individual lawsuits in different states.

Under Florida law, employers who have four or more employees must provide no-fault workers’ compensation. No-fault coverage means that it doesn’t matter whether the injury was the employer’s fault or the employee’s fault. However, the injured employee must follow certain procedures in order to receive compensation. He or she must report the injury to his or her employer within 30 days of the accident. The employer then has a week to report the injury to their insurance company.