Where Do I File My Personal Injury Lawsuit? 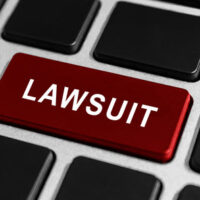 Deciding where to file a personal injury lawsuit is not always straightforward.

In 2015, one man received psychiatric and rehabilitation treatment at a healthcare facility in Naples, Florida. He claims that he was injured numerous times because of the facility’s negligence, including a knee injury caused by a door malfunctioning and a slip-and-fall incident because his bathroom was not handicap accessible. The man filed a personal injury lawsuit in his home state of Maryland, but the federal court transferred the case to Florida.

The Willough at Naples, where the man received treatment, is headquartered in Tampa and does not own any property in or have any connection to Maryland. That’s why the federal court in Maryland determined that it does not have jurisdiction over the man’s claims.

Jurisdiction refers to a court’s power to make legal decisions in a particular case. Specifically, jurisdiction is what gives court authority over a person or subject matter. A legal decision cannot stand if it turns out the court didn’t have the authority to make that decision.

Should I File My Personal Injury Lawsuit in State or Federal Court?

Legal power in this country is divided between the federal government and the state governments. Each has its own court system and its own set of laws to enforce. Federal courts usually decide cases arising out of federal laws, like those involving the U.S. Constitution. But in some instances federal courts can decide cases involving state law issues, like in disputes between states or disputes between people living in different states.

Some cases are easy: Person A and Person B both live in Tampa. Person B was negligent and injured Person A. In that case, Florida law applies and Person A should file a personal injury lawsuit in state court in Tampa. But not every case is this straightforward. That’s why you should consult an experienced attorney before filing a lawsuit.

Different jurisdictions have different rules when it comes to filing personal injury lawsuits. (Jurisdiction can also refer to a geographic location.) For example, Florida has a four-year deadline for filing negligence-based lawsuits, while in Maryland the deadline is three years from the date of the injury. It’s important that you talk to an experienced attorney as soon as possible so that you know which jurisdiction to file your lawsuit in and make sure that you don’t miss a filing deadline.

Contact a Tampa personal injury attorney at The Pendas Law Firm today for a free consultation if you were injured because of someone else’s negligent behavior. We will examine the facts of your case and help determine where to file your lawsuit, whether it’s in state court, federal court, or in another state.