What Is the Impact Rule? 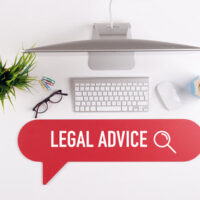 Different states have different rules when it comes to determining who is entitled to emotional distress damages after an accident.

Exception to the Impact Rule

There is an exception to the impact rule. Florida law allows recovery of emotional distress damages when a plaintiff’s close family member is injured and:

The plaintiff must also suffer a physical injury arising from the emotional distress.

Mother Dies from Shock When She Discovers Her Dead Daughter

For example, in the 1980s a drunk driver ran off the road and killed Karen Champion, whose mother heard the impact and rushed to the scene of the accident. When she saw her daughter’s body, the mother was overcome with grief and died from shock. The father brought a personal injury claim against the driver. Even though the mother wasn’t involved in the accident, the Florida Supreme Court ruled that the emotional circumstances and subsequent physical injury (death from shock) warranted an exception to the impact rule.

Florida courts have continued to apply this exception in subsequent cases.

The court reaffirmed the physical injury requirement in a 1995 case. There was an explosion in the Meek family’s apartment, and pieces of a light fixture landed on the daughter and mother. The daughter walked through the smoke toward the front door where she found her father, who lay dying. The psychic trauma affected the daughter for months after the accident. She suffered from short-term memory loss, bad dreams, and then physical symptoms, like chest and joint pain and difficulty swallowing.

The mother and daughter sued the owner of the apartment complex, alleging that the owner was negligent in not better protecting his tenants. (The apartment was bombed and the complex had been receiving threats prior to the incident.) The court found that the daughter’s symptoms worsened over time and that plaintiffs can still recover from emotional/physical trauma that occurs after the accident and was caused by the accident.

If you have been in an accident or witness a loved one being injured by someone’s negligence, you might be entitled to emotional distress damages. Contact an Orlando personal injury attorney at The Pendas Law Firm today for a free consultation. We will help ensure you receive the compensation that you deserve.