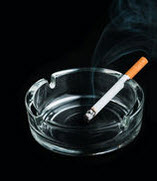 Thousands of lawsuits have been filed against tobacco companies over the years, including in Florida. In fact, the Florida Supreme Court recently allowed thousands of negligence and liability claims to proceed against R.J. Reynolds. The tobacco company had argued that federal law preempts the state law claims, but the Florida court disagreed. This means that the various claims can work their way through the state court system.

(The federal laws at issue were the Federal Cigarette Labeling and Advertising Act and the Family Smoking Prevention and Tobacco Control Act.)

But are these claims preempted by federal law? A panel of judges on the U.S. Court of Appeals for the Eleventh Circuit thinks so. The Eleventh Circuit is a federal appellate court that has jurisdiction over federal district courts (trial courts) in Alabama, Georgia and Florida.

The Eleventh Circuit has agreed to reconsider the case en banc, which means that all of the judges who sit on the court (and not just the panel of three judges who originally decided the case) will determine whether or not federal law preempts the state law claims. Their decision has not yet been announced. The law is still in flux, which is why you need help from an experienced attorney if you have a negligence claim against a tobacco company.

If the Eleventh Circuit ultimately decides that the state law is preempted, that will directly contradict the Florida Supreme Court ruling, setting up a possible appeal to the U.S. Supreme Court.

An appellate court in West Palm Beach agreed with R.J. Reynolds that the damages award ($30 million in punitive damages) was excessive (but the court let stand a $7.875 million award for compensatory damages), and the widow appealed to the Florida Supreme Court, which agreed to review the case. The lawsuit is still pending.

(Compensatory damages are a monetary award designed to indemnify someone for a particular loss, like the wages that the widow lost when her husband died. Punitive damages are designed to punish the wrongdoer and typically exceed the compensatory amount.)

One unresolved issue is whether the widow’s claim lies in products liability (negligence) or the company’s intentional wrongdoing. That could make a difference in the damages amount.

If you have a negligence claim against a tobacco company, contact a West Palm Beach personal injury attorney at The Pendas Law Firm today for a free consultation. We will help you determine your best path forward.