What Happens If You Serve Alcohol to an Underage Drinker? 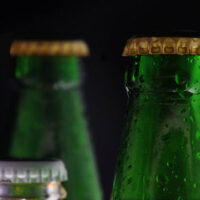 Parents who worry about their teenage children drinking and driving might think the teens are better off drinking at home under adult supervision. But that logic could get them in trouble under Florida’s dram shop law.

Who Is a Social Host?

A social host is someone who hosts a party or social gathering at a private establishment. The most common example is a homeowner hosting a party. While it is legal to serve alcohol at a house party, it is not legal to furnish alcohol to anyone under lawful drinking age. That is where dram shop liability, or social host liability, comes into play.

For example, in July 2017, a St. Petersburg mother was arrested for allegedly allowing her underage daughter and other teenagers to drink at a house party. A neighbor called the police, who discovered that alcohol was being served at the party. One of the teens was taken to the hospital for severe intoxication.

In March 2017, a couple was busted for hosting a house party in Miramar Beach with two dozen underage drinkers. Police found the two adults in a bedroom while the teens played drinking games and walked around drinking alcohol out of Solo cups. If any of the drinkers had been injured or injured someone else, the couple could be held civilly liable for the resulting damage.

Sometimes teens take advantage of their parents being out of town and throw their own parties. While parents might not be held civilly liable under these circumstances, they should take precautionary measures to prevent their kids from getting into trouble while they’re out of town. Either ask someone to stay with your kids, have your kids stay with a relative or neighbor, or ask someone to periodically check in on your kids.

Note that a restaurant owner or other commercial establishment does not qualify as a social host. But businesses are equally liable for injuries caused by serving alcohol to underage drinkers. Moreover, both businesses and social hosts can also be held liable when they serve alcohol to known addicts. They are not, however, generally responsible for injuries caused by drunk, nonaddicted adults.

Contact a Fort Lauderdale personal injury attorney at The Pendas Law Firm today for a free consultation if your underage teen was injured because of a dram shop law violation, or if you or a loved one have been injured by an underage drinker who was given alcohol. We will help you recover compensation for your or your child’s injuries.