What Florida Property Owners Should Understand About Sinkholes 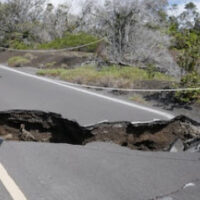 The South Florida Sun Sentinel recently reported that a car crash caused a sinkhole in Deerfield Beach. The road the accident occurred on, which is located east of Interstate 95, had to be shut down after a car struck a fire hydrant in front of a 7-Eleven gas station convenience store and caused the sinkhole.

While this sinkhole resulted from a car accident, Florida’s humid climate and swampy terrain is responsible for many more – which means that local homeowners have to treat sinkholes as a serious concern. Therefore, every homeowner in the Sunshine State should understand exactly what sinkholes are, the dangers posed by them, and what to do in the event that a sinkhole damages a home or property.

What is a Sinkhole?

Sinkholes usually happen when water comes into contact with minerals and rock under the Earth’s surface layer and causes cavities to appear in the form of a depression or hole above ground. Sinkholes most commonly appear in places where there are large amounts of water – hence why they so much more common here in Florida than in many other places in the United States.

What is the Law Concerning Sinkholes in Florida?

The risk posed by sinkhole conditions has prompted the Florida Legislature to enact legislation making sinkhole coverage mandatory. Under Florida law, any property insurance provider operating in this state must provide the option of catastrophic ground cover collapse coverage. Catastrophic ground cover collapse is defined in the statute as geological activity that causes a sudden collapse of the ground, an obvious depression, some kind of structural damage to a covered building, and a government agency condemning the insured damaged home.

While phrased slightly different, there is no geological difference between catastrophic ground cover collapse and a sinkhole. However, many insurance claims that are filed for coverage of sinkholes are denied – due largely in part to the wording of this statute. This is one of the reasons why you should obtain legal help as soon as possible if you experience a sinkhole on your property.

Have You or a Loved One Suffered Property Damage Because of a Sinkhole?

A sinkhole can unexpectedly lead to the loss of property including treasured possessions and even your home itself. This can obviously be a very stressful and overwhelming ordeal and it is understandable if your first thought is to attempt to make the situation be over as soon as possible by proceeding on your own. However, if you or someone you know is the victim of sinkhole damage, it is imperative that you do not attempt to file an insurance claim without competent legal help. The denial of your claim would only cause you an additional headache, and it is much better to begin with the best chance possible of obtaining the compensation you need – for many people, that includes hiring an experienced attorney. The Fort Lauderdale sinkhole attorneys of The Pendas Law Firm offer the help and experience you need. Contact us today to begin.