The Tragic Implications of Motorcyclists and Rear-End Accidents 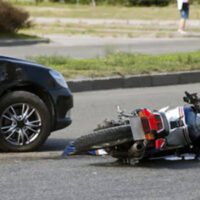 Due to Florida’s seemingly endless highways and near-constant sunshine, it is unsurprising that motorcycles are so common here in the Sunshine State. But unfortunately, riding a motorcycle inherently carries serious risks and motorcycle accidents can lead to some of the most devastating and tragic consequences for a rider. In particular, a rear-end accident is one of the most common accidents a motorcyclist can experience, and unfortunately the injuries sustained can be quite serious.

What Example of Motorcyclists and Rear-End Accidents Was Recently in the News?

WCTV Eyewitness News recently reported that a motorcyclist suffered serious injuries after a recent rear-end collision. The driver of a 1996 Jeep Cherokee containing two passengers was driving in the same direction as the motorcyclist when the motorcycle attempted to turn left. The driver of the Jeep apparently failed to slow down enough to avoid a rear-end collision and the front of the Jeep collided with the back-left of the motorcycle, which subsequently traveled on its right side in the middle of both lanes until it came to a final rest. While no one inside the Jeep sustained injuries, Florida Highway Patrol has asserted that the motorcyclist had to be hospitalized in serious condition.

Why Can Rear-End Accidents Be so Serious For Motorcyclists?

In general, motorcyclists are some of the most at-risk individuals on the road. Rear-end collisions have a reputation for being safer than others, but they can still result in serious injury even if you’re driving a car – and the risk for severe injury is even worse for motorcyclists. One of the biggest reasons for this is also one of the most attractive features for riders. The feeling of freedom they give to riders comes at the loss of safety features standard on cars, such as airbags and seat belts. Because of the open nature of motorcycles, staying upright after a rear-end is nearly impossible and once the momentum of the bike is disturbed in the slightest way, crashing is nearly inevitable. And because the body of the motorcycle driver often suffers the greatest brunt of the impact, many rear-end accidents involving motorcycles result serious injuries or even in the death of the motorcyclist.

And unfortunately, motorcyclists don’t only have to worry about being hit – statistics indicate that they aren’t always on the receiving end. According to one study published by the National Highway Safety Traffic Administration, the role of the motorcycle was recorded as the striking vehicle in 68 percent of the rear-end crashes involving motorcycles and passenger vehicles.

Have You or a Loved One Been Injured in a Rear-End Motorcycle Accident?

A rear-end motorcycle crash can be catastrophic and can result in life-altering consequences. Besides ensuring that you receive the medical care you need, one of the best things you can do when you are severely injured in a car accident is to seek a lawyer experienced in car accident injury claims. That way, you can focus on your recovery while a professional works to maximize your settlement with the insurance companies and courts. You may be able to collect compensation for medical bills, loss of wages, disability, and other losses related to your injuries. However, the first step is contacting a legal team that offers the help you need. If you’ve been injured in a rear-end motorcycle accident, the Orlando personal injury attorneys at The Pendas Law Firm are the legal team that you can depend on for help because we have substantial experience successfully fighting for people who have been victims of others’ negligence. Contact us for help today.