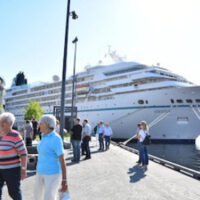 Most people associate cruises with sunny weather and clear blue water at their island destinations along with multiple theme park-like activities that take place onboard the ship itself. It probably seems like the worst thing that can happen is a bad sunburn. But unfortunately, cruisers sometimes get more out of their vacations than what they bargained for. Sadly, cruise ships can also play host to a variety of accidents and violent assaults. This can even include rapes and sexual assaults which happen on cruises more often than most people are aware of. In just the past four years, over 200 sexual assaults aboard cruise ships have been reported to the U.S. Department of Transportation.

What Example of This Kind of Tragedy Was Recently in the News?

The Miami Herald has reported that a federal appeals court recently ruled that a case against Royal Caribbean International will be allowed to proceed after asserting the cruise line should have known passengers are at risk of sexual assault and done more to protect a minor who says she was raped by a group of men on one of its ships in 2015. The then-15 year old girl was aboard Royal Caribbean’s Oasis of the Seas ship with her grandparents and sisters when a group of male passengers bought her several alcoholic beverages before escorting the stumbling teen to a private cabin in plain view of the ship’s security cameras and allegedly raping her inside.

Back in 2017, S. District Judge Michael Moore in Miami dismissed the case after determining that the cruise line could not have foreseen that the teen was at risk and is not responsible for what happened to her. In its recent disagreement with this decision, the three-judge panel at the 11th Circuit Court of Appeals in Atlanta allowed the case to go forward while citing Royal Caribbean’s knowledge of previous sexual assaults aboard its ships and opining that if the allegations are true, Royal Caribbean proximately caused the alleged injuries.

There are no police or security forces, no limit on alcohol consumption and practically no limit on the ingenuity of the cruise lines to provide activities in pursuit of fun. Because of this, there are multiple opportunities for serious injury aboard a cruise ship and unfortunately, this is unlikely to be the last reported assault.

Have You Experienced a Cruise Ship Tragedy?

The cruise line owes you a duty of care as its passenger and when this duty is breached, then an injured party can recover. If you or your loved one have been injured on a cruise ship or suffered an assault by a passenger or crew member on a cruise ship, you have rights that you deserve to exercise under the law. Cruise liners are responsible for the safety of their passengers and it is imperative that they maintain a safe environment for passengers. When a cruise line is negligent, it should be held responsible for the tragic results. We have successfully litigated numerous cases against corporate giants and we have the skill and the knowledge needed to evaluate your case and help you be successful in the pursuit of your claim. As the Miami personal injury attorneys at The Pendas Law Firm, we offer the legal experience that you need. Contact us for help today.