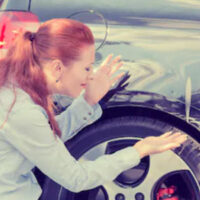 The prospect of a serious car accident is a scenario out of every driver’s worst dreams. However, being involved in a hit-and-run accident is a real-life nightmare.

We all share certain responsibilities and duties when we climb behind the wheel of a car and hit the road. But unfortunately, sometimes accidents happen and one or both parties involved in a car accident do not stop and/or leave the scene prematurely. Florida Department of Highway Safety and Motor Vehicles has asserted that the amount of hit-and-run crashes remains steady, with nearly 25 percent of all crashes involving a hit-and-run. And while the majority of hit-and-run crashes only result in property damage, hit-and-run crashes can also be deadly.

How Serious Can Hit-and-Runs Be?

Unfortunately, the statistics are increasingly grim when it comes to exactly how serious hit-and-run accidents can be. A report released last year indicated that the highest number of hit-and-run deaths ever recorded occurred in 2016, when well over 2,000 people were killed in crashes where a driver left the scene of the accident. In fact, deaths in the U.S. have increased an average of 7.2 percent each year since 2009. Additionally, Florida has the unfortunate honor of having one of the highest rates of fatal hit-and-run crashes per capita.

What Examples of This Kind of Tragedy Were Recently in the News?

Sadly, News 4 Jax has reported a series of hit-and-runs lately that tragically, occurred within hours of one another. For example, a 45-year-old woman was fatally injured on a recent Saturday night while riding on a scooter. The woman died when she was rear-ended by a small black vehicle that left the scene. The driver who fled the scene has not yet been identified and Florida Highway Patrol is requesting help from the public in finding the vehicle, which likely has obvious front-end damage.

In another accident that occurred the same day, a pedestrian was found lying in the street after a separate hit-and-run collision. The victim was taken to a local hospital with life-threatening injuries after the early morning accident. Unfortunately, the identity of this driver also remains unknown to authorities at this point.

Have You or a Loved One Been Injured in a Hit-and-Run Car Accident?

Being prepared in the event of a crash can make all the difference when it comes to recovering compensation for your injuries and financial losses. If you or a loved one has been the victim of a hit and run driver, you deserve to learn about your legal rights to monetary compensation for medical expenses, lost earnings, and future care and treatment. As the experienced Jacksonville personal injury attorneys of The Pendas Law Firm, we are here to advocate for you and protect your rights. We sympathize with what you have experienced and we offer the best legal advice for victims of car accidents. Contact us today so that you can begin obtaining the help you need.