The Tragedies of School Shootings and Who Can Be Held Responsible 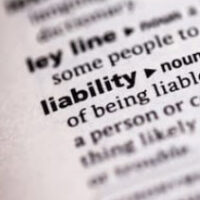 Whether we place our children on a bus, drop them off at the entrance of their school, or watch them climb behind the wheel of a car to transport themselves to class, we believe that our children will return safely home from school. After all, the worst thing that our children should ever face at the place they go to obtain an education is an unexpected test. And yet, as the recent passing of the one year anniversary of the shootings that occurred last Valentine’s Day at Marjory Stoneman Douglas High School in Parkland, Florida indicate, this does not always happen. The Parkland tragedy left 17 students and school staff members dead and 17 others injured.

While we can agree that school shootings are horrific tragedies, the grim reality is that they have happened with increasing frequency in our country over the last few decades. While the federal government does not track school shootings, the Washington Post recently updated the results of its own investigation which revealed that more than 221,000 children at 227 schools have experienced gun violence at school since the infamous Columbine shootings in 1999. And at least 143 children, educators and other people have been killed in assaults while another 290 have been injured.

These tragedies give rise to an important question – who can be held responsible?

Is it Legal to Bring a Lawsuit Against a School District?


Yes, although there is strict protocol that makes bringing a lawsuit against any Florida government entity more difficult and less financially rewarding than if you were suing a private individual or private company. Codified in Florida Statute 768.28, the law that allows you to sue the government also limits the statute of limitations to three years and generally limits the amount you can recover to $200,000, although there are exceptions to this. If your child is injured due to the negligence of his or her school, it is imperative that you obtain legal help as soon as possible as the failure to follow the specific procedures outlined in the statute and meet the required deadlines can lead to you being unable to recover the compensation you deserve.

Does the School Always Have a Legal Duty?

No, although it is obvious from the way that cases brought by Parkland survivors have been handled recently that this line is not clear.

In late December, a federal judge in Miami dismissed a lawsuit filed by 15 students who were present during the Valentine’s Day shooting. She found that the school and sheriff’s officials had “no legal duty” to protect the students because the suit arises from the actions of Nikolas Cruz, the shooter, not of a state actor.

However, that decision came on the heels of a Broward Circuit Judge’s mid-December refusal to dismiss a lawsuit filed by the parent of a deceased victim in rejection of the deputy’s claim that he had no duty to confront the gunman. The judge instead found that ex-deputy Scot Peterson did have a duty to protect those inside the school. Video evidence indicates that Peterson, the only armed officer at the school, remained outside while shots rang out.

Has Your Child Suffered a Personal Injury at School?

Whether your child has suffered an injury on the playground, been injured as a result of a school bus driver’s negligence, or even, tragically, been the victim of a school shooting, we can help. The experienced Miami personal injury attorneys at the Pendas Law Firm sympathize with what you and your family have experienced and can help you hold the responsible parties accountable. Contact us today to schedule a free initial consultation.