Why is South Florida So Dangerous For Pedestrians? 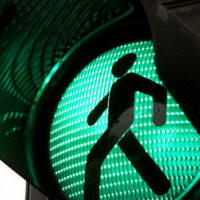 According to an article recently published by WPTV News 5, South Florida is one of the most dangerous areas in the country for pedestrians. The “Dangerous by Design”study highlighted in the article reportedly measured how many pedestrians are hit and killed by drivers every year, in relation to the population of those areas. That report indicates that the Miami-Ft. Lauderdale-West Palm Beach metropolitan area is the 14th most dangerous place in America for pedestrians. Tragically, between 2008 and 2017, there were 1,549 pedestrian deaths in that region alone.

Incidents continue to occur in our community that validate these statistics. For example, the Palm Beach Post recently reported that two pedestrians were run over by a West Palm Beach police car while supposedly watching the January lunar eclipse.

Why is South Florida So Dangerous For Pedestrians?


While there is no exact reason that can be pinpointed, factors that are likely contributing include:

What Should Pedestrians Do to Help Them Stay Safe?

You Can Depend On Us For Help.

Despite your best efforts to remain safe while walking from place to place, you can still be injured. If you have been injured or lost a loved one in a pedestrian accident that you believe occurred because of the driver’s negligence, then allow us to help. Contact the experienced West Palm Beach personal injury attorneys of The Pendas Law Firm today and we will help you recover the compensation you are entitled to.