The Causes of Dump Truck Accidents 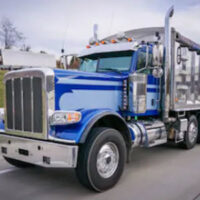 The Orlando Sentinel recently reported that one person is dead and two other people were seriously injured in an accident along SR-50 in Lake County that involved three vehicles, including a dump truck. The crash reportedly occurred when the dump truck, which was traveling east, crashed into a car from behind and pushed it into incoming westbound traffic. The 28-year-old driver of a 4-door Buick was slowing down to make a left turn when the vehicle was hit by the truck, causing it to crash head-on into a 2005 Nissan SUV driven by a 62-year-old. The SUV driver was pronounced dead at the scene and a second passenger had to be transported to Orlando Regional Medical Center with critical injuries. The Buick driver also had to be transported to the hospital with serious injuries. However, the 33-year-old dump truck driver was not injured in the crash whatsoever.

How Dangerous Can Accidents Involving Dump Trucks Be?

According to the Federal Motor Carrier Safety Administration, in 2017 alone, there were almost 5,000 large trucks and buses, such as dump trucks, that were involved in fatal crashes. This represents a nine-percent increase from 2016. During that same period, large truck and bus injury crashes also increased four percent from 112,000 in 2016 to 116,000 in 2017.

What Are the Causes of Dump Truck Accidents?

Unfortunately, the unique shape and size of commercial dumping vehicles allows for many factors that can contribute to a collision. These factors include:

Understanding How Our Lawyers Can Help.

We understand how tragic the implications of a collision with a dump truck can be and we also understand the fact that this kind of accident can have life-altering consequences. When a dump truck driver acts negligently, our law firm wants to make sure these drivers are held accountable and that injured victims like you obtain the compensation you are entitled to. The Orlando truck accidents attorneys at The Pendas Law Firm are the legal team that you can depend on for help because we have substantial experience providing effective legal advocacy to people who are injured through the negligent actions of another person. Contact us for help today.