What Happens When a Medical Condition Leads to a Car Accident? 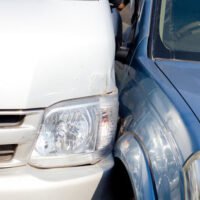 First Coast News recently reported that a pedestrian has died after being struck by a vehicle in an accident that may have been caused by the driver’s medical condition. Police reported that there were no traces of drugs or alcohol despite the driver appearing to be unconscious inside of the vehicle when the accident happened. Authorities determined that the driver is at fault for the accident though he told police that he didn’t remember what happened and does not have any kind of medical history that would have caused him to veer off the road unexpectedly.

How Often Do Medical Conditions Contribute to Car Accidents?

When is a Driver Responsible For an Accident Resulting From a Medical Condition?

Generally speaking, if the driver knew or should have known about the diagnosis of a medical condition, then he or she will be responsible for any injuries that resulted from an accident, including those affecting passengers, pedestrians, and other drivers.

Why is it Especially Important to Obtain Legal Help if You’re the Victim of This Kind of Accident?

Because the other driver will almost always claim that the accident is due to a previously undiagnosed condition that he or she was not aware of and had no reason to be. Under a legal concept called the sudden emergency doctrine, people who are confronted with an unexpected danger essentially aren’t held to the same standard of care as people who have time to think through their actions – and this is what almost every driver in this situation will attempt to use as a defense. However, an experienced personal injury attorney can use the medical records and evidence obtained through a comprehensive investigation to demonstrate the truth of what happened and ensure that you are able to obtain any compensation that you are entitled to, despite whatever the driver that caused your injuries claims.

Have You or a Loved One Been Injured in an Accident as a Result of Someone Else’s Medical Condition?

While we all sympathize with those who suffer from medical conditions, this unfortunately, does not change the fact that someone else’s medical condition can lead to a car accident in which you or someone that you love is injured. When this happens, the injured party is often subjected to multiple unexpected medical bills as a result. As the injured party, Florida law stipulates that you have every right to recover compensation for your injuries and hold the responsible party accountable. The Jacksonville personal injury attorneys at The Pendas Law Firm have helped many other victims of tragic accidents during decades of experience and we offer the legal help you need. Reach out to us for help today.