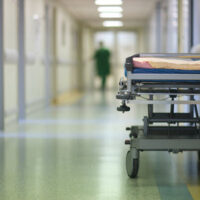 Doctors and other healthcare professionals are held to a high standard of care. Generally, the standard is the agreed-upon treatment for a particular condition for a particular patient within a particular region. For example, doctors in Florida are expected to treat all 65-year-old men suffering from high blood pressure with the same level of care.

Unfortunately, doctors and healthcare professionals don’t always live up to the expected standard. When you are injured due to medical malpractice, you or your loved ones are entitled to compensation. But when a doctor acts negligently, who can you sue? Can the hospital also be held liable?

Last year a Florida appeals court held that Tampa General Hospital could not be held liable in a medical malpractice lawsuit brought by the estate of Annie Godwin, who died during surgery.

Godwin underwent surgery at Tampa General to remove a cancerous tumor. The surgery was performed by two physicians employed by the University of South Florida. Tampa General is the main teaching hospital for the university’s medical school.

One of Godwin’s veins tore during the surgery and she died from heavy bleeding. The appeals court held that Tampa General could not be held liable because the physicians were employed by the university and not the hospital.

Godwin’s estate appealed to the Florida Supreme Court, which recently declined to review the case. That means the decision of the appeals court stands.

Even though Godwin’s estate can’t recover damages from Tampa General, the treating physicians (and possibly the university) can still be held liable. Is there a limit as to how much the estate can recover?

A Florida appeals court recently ruled that statutory caps on noneconomic damages in medical malpractice and other personal injury lawsuits are unconstitutional. (This is the same appeals court that ruled in favor of Tampa General, and its decisions apply to Tampa residents.) This decision is in line with a similar ruling by a different appellate court. The Florida Supreme Court hasn’t weighed in yet, though.

In 2003 the Florida legislature enacted caps on noneconomic damages in medical malpractice cases, but now two appeals courts have held juries, and not legislators, should decide how much compensation injured people are entitled to receive. Those decisions could be overturned if the Florida Supreme Court considers the issue and upholds the legislature’s cap. If the Supreme Court agreed with the appeals courts, then the cap would be lifted for the entire state and not just the regions overseen by the two courts. Time will tell.

If you or a loved one has been injured by medical malpractice, you and your family might be entitled to compensation for your injuries. Contact a Tampa personal injury attorney at The Pendas Law Firm today for a free consultation.