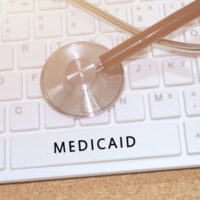 In 2021, the United States Supreme Court said it would take on a Florida Medicaid dispute regarding how much money the state’s Medicaid program can recover after a settlement stemming from an accident that occurred more than ten years ago. The primary issue at hand is whether the agency that operates Florida’s Medicaid program is only entitled to recover money in the settlement representing past medical expenses or whether the agency is also allowed to tap into money in the settlement for future medical expenses. The Supreme court’s decision could end up affecting Medicaid programs across the nation.

Background of the Case

In November 2008, a then 13-year-old girl was struck by a truck and left in a vegetative state. After the accident, the Agency for HealthCare Administration, which is the agency that runs Florida’s Medicaid program, paid $862,688 for the victim’s care and the victim’s family was able to reach an $800,000 settlement.

Medicaid is operated through several laws. But, generally, after Medicaid pays for an accident victim’s medical care, the state is required to seek reimbursement in situations, such as the one mentioned above, where lawsuits result in settlements. In this case, the Agency for Health Care Administration sought reimbursement, saying it was entitled to $300,000 of the settlement, including a part of the settlement that was for the victim’s future medical expenses.

In 2017, a U.S. District Judge ruled in favor of the victim’s parents. But, a panel of the 11th U.S. Circuit Court of Appeals overturned the District Judge’s decision and sided with the Agency for HealthCare Administration. In a completely different case, the Florida Supreme Court ruled that the Agency for Health Care Administration was only entitled to recover money representing past medical expenses. Generally, according to the Court of Appeals ruling, the state is obligated to recover payments for future medical care. However, it defies the Florida Supreme Court’s ruling if it obtains such payment. This is according to a document that the Agency for Health Care Administration wrote in an attempt to explain the legal problem.

If you have been involved in an accident in Florida and have Medicaid-related questions or need help with your personal injury case, don’t hesitate to reach out to one of our Miami personal injury attorneys at The Pendas Law Firm. Contact us today to schedule a consultation.