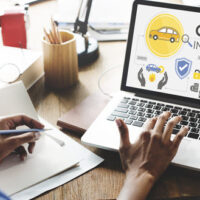 The Florida House of Representatives recently voted to repeal the state’s personal injury protection (PIP) insurance system. It’s now up to the Senate whether Florida, which is still only one of ten states with no-fault auto insurance, eliminates PIP coverage in favor of bodily injury coverage.

What Is PIP Insurance?

Unfortunately, $10,000 isn’t always enough to cover your medical expenses or make up for lost wages. In that case, you might need to bring a personal injury lawsuit to recover damages.

Why Do Florida Lawmakers Want to Change the System?

According to the Florida Office of Insurance Regulation, no-fault insurance was intended to provide injured drivers with $10,000 in immediate medical coverage instead of forcing them to immediately seek damages in court (that of course didn’t eliminate the need for personal injury lawsuits in many cases).

While the goal was to reduce payment delay and personal injury lawsuits, the system created other problems. The Office of Insurance Regulation notes that Florida has seen an increase in PIP claims and payments. The concern is that many of these claims are fraudulent, which is one reason lawmakers want to change the system. But this isn’t the first time that lawmakers have initiated reform, so it’s unclear whether these latest efforts will succeed.

What Would the House Bill Do?

The House voted 89-29 to require motorists to carry minimum bodily insurance coverage of $25,000 for injuries to another person and $50,000 for injuries to two or more people. Lawmakers hope that this change will bring down auto insurance rates (although it might mean that other rates, like health insurance, go up).

Has Anything in the Current Law Changed?

The state Senate Banking and Insurance Committee recently voted to replace the PIP system with a requirement that motorists carry bodily injury protection. It includes a provision creating a medical payment (called MedPay) coverage mandate of $5,000. The House version doesn’t include the MedPay provision. The Committee proposal must be considered by the entire Senate.

If you have questions about your personal injury protection insurance or are interested in obtaining coverage, contact a Fort Lauderdale personal injury attorney at The Pendas Law Firm today for a free consultation. We will keep abreast of all of the latest developments in Florida law related to PIP insurance and the potential new system.