Does College Hazing Rise to the Level of Negligence? 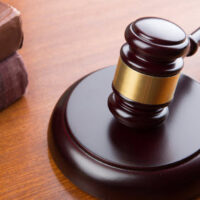 Many college fraternities and sororities have a reputation for wild parties and strict hazing practices. Not only are some of these activities — like underage drinking — illegal, but they can also be dangerous. But can anyone be held liable if a pledge or member is injured by these activities?

One fraternity pledge’s parents recently filed a lawsuit against a Greek organization and some of its members after their son died. A fellow pledge found him unresponsive on November 3, 2017, the morning after a frat party. The victim’s blood alcohol level was more than five times the legal driving limit, according to autopsy results. He died of acute alcohol poisoning.

Police arrested nine men on felony charges of “college hazing-cause injury or death.” The family’s lawsuit also accuses the frat members, as well as their adviser, landlords, and the national organization, of negligence. According to their lawsuit, the frat has been “hazing and having pledges abuse alcohol for years.”

According to an organization called Stop Hazing, hazing is “any activity expected of someone joining or participating in a group that humiliates, degrades, abuses, or endangers them regardless of a person’s willingness to participate.”  Ten years ago, this group helped organize a study that found that more than half of college students who participate in clubs, teams and other organizations experience hazing.

Unfortunately many of these problems still persist on Florida campuses. An experienced attorney can examine the facts of your case and help determine if you have a viable negligence or wrongful death claim.

It depends on the facts of your case. If you can prove that the Greek organization or individual(s) involved in the hazing owed you a duty of care and that they violated that duty of care, you may have a viable claim for negligence or wrongful death.

Contact a Tampa personal injury attorney at The Pendas Law Firm today for a free consultation if your child was injured or killed because of negligent hazing practices. Our experienced attorneys will help your child or family recover compensation, including medical expenses, funeral costs, and pain and suffering.