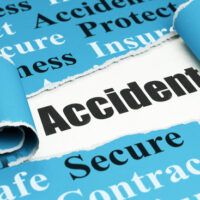 According to Florida Today, a Brevard County Fire Rescue paramedic and the driver of another vehicle were injured and transported to the hospital after a collision of the ambulance and the vehicle. This accident occurred in late January of this year. The other driver of the ambulance was uninjured.

Ambulances are supposed to be transporting the injured to the hospitals, not causing accidents. However, when you consider the speed with which they drive down the road, and the way they weave in and out of traffic, it is a wonder that there is not more ambulance accidents reported throughout the state. When ambulance accidents do occur, the driver of the other vehicle may wonder: who is liable? Is it the ambulance driver, for driving so recklessly? Or them, for failing to notice the ambulance, and therefore, not moving in time? There is a lot of controversy surrounding ambulance drivers and their oftentimes reckless driving, so it is very possible that if you were involved in an ambulance accident in Miami, you could recover compensation for your damages. However, reach out to the Miami car accident lawyers at The Pendas Law Firm for a thorough case evaluation and an accurate assessment of your claim’s worth.

When Ambulance Drivers Can Be Held Liable

To some extent, it is necessary for ambulance drivers to drive with excessive speed and without regard to the typical rules of the road; however, that does not, by any means, mean that they should drive carelessly and recklessly. According to ­­­­Florida Statute 316.072 (5)(b), emergency vehicles such as ambulances may perform the following:

This statutes specific use of phrases such as “necessary for safe operation” and “so long as the driver does not endanger life or property” are key to a car accident claim filed after an accident with an ambulance. If you were involved in an ambulance accident, our Miami car accident lawyers will help you gather the evidence necessary to prove that the ambulance driver was liable. Key evidence includes:

If evidence indicates that the ambulance driver failed to slow down upon entering an intersection, was unnecessarily speeding in and out of traffic, or recklessly operated the vehicle in any way without regard to other drivers on the road, you may be able to sue the ambulance carrier for your damages.

If you were injured in a car accident caused by an ambulance, you may be able to pursue compensation from the ambulatory company. The car accident lawyers at The Pendas Law Firm in Miami, FL want to help you build your case and ensure that the property party is held liable. For an assessment of your claim and its worth, contact our legal team at 888-LPENDAS right away.