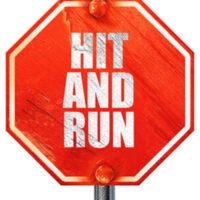 Local 10 News recently reported that one woman is dead and two other women were hospitalized after a hit-and-run crash. According to the Hialeah Police Department, the fatal crash occurred near an intersection in Hialeah at about 1 a.m. on a recent Friday. Authorities have also asserted that the damage to both cars involved in the collision was extensive and one car even caught fire. A 73-year-old woman died at the scene and the two other women who were injured had to be airlifted to a local hospital. The current severity of their injuries has not been released to the public. The 32-year-old man who police said is being charged with DUI and leaving the scene of an accident with injuries has been arrested.

How Common Are Hit-and-Runs and How Serious Can They Be?

According to the AAA Foundation for Traffic Safety report released last year, more than one hit-and-run crash occurs every minute on U.S. roads. This grim statistic is reflected in another – the fact that the highest number on record of hit-and-run deaths ever recorded occurred in 2016. Additionally, an average of 682,000 hit-and-run crashes have occurred each year since 2006. And those who live in or travel through the Sunshine State should also be aware that Florida has one of the highest rates of fatal hit-and-run crashes per capita.

What Should You Do if You Are Involved in a Hit-and-Run?

Have You or a Loved One Been Injured in a Hit-and-Run Car Accident?

If you or a loved one has been the victim of a hit and run driver, you are dealing with suddenly finding yourself as the victim of a very unexpected accident. That likely means you are also finding yourself facing a host of unexpected medical expenses. It is imperative that you understand that you may have a legal right to monetary compensation for medical expenses, lost earnings, and future care and treatment. As the experienced Fort Lauderdale personal injury attorneys of The Pendas Law Firm, we are here to advocate for you and protect your rights. We sympathize with what you have experienced and we offer the best legal advice for victims of car accidents. Contact us today so that you can begin obtaining the help you need.