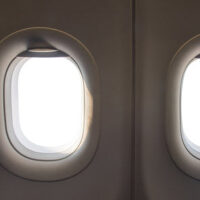 Air travel is always a risk, especially when you have to contend with human carelessness. What if a flight attendant doesn’t properly fasten an overhead bin and luggage falls on top of a passenger during the flight? Or what if the piece that keeps a tray table in place is broken and a tray table whacks a passenger in the face?

Thankfully, passengers have legal rights if they are injured because of airline employee negligence or an airplane equipment malfunction.

Here are a few examples of other situations that could cause in-flight injuries:

The last scenario is one that recently played out in real life.

On February 21, 2017, an 81-year-old man and his wife boarded a Southwest Airlines flight in Kansas City. The flight was bound for Fort Lauderdale.

The man was in a wheelchair and wheeled onto the plane by a Southwest employee. He asked for a seatbelt extension after being seated in the first row, and a flight attendant buckled him in using the extension with the seatbelt. But the belt came undone and he was thrown against the cabin wall as the plane landed in Fort Lauderdale. He died from his injuries two months later.

The man’s family recently filed a wrongful death lawsuit against Southwest, alleging that the belt “failed to restrain him” and that he suffered bodily injuries, loss of cognitive function, and severe depression. They claim that his death was the direct result of those injuries.

How Do I Sue an Airline for My Personal Injuries?

An experienced personal injury attorney can help determine when and where to file your personal injury claim. What law applies to your claim depends on what state has jurisdiction over your case. For example, if you are a Florida resident or were injured in Florida, then you can most likely file your lawsuit in Florida. Also keep in mind that the deadline, or statute of limitations, for filing a personal injury lawsuit varies by jurisdiction. In Florida, the deadline is four years from the date of the accident. The deadline for a wrongful death lawsuit is two years from the date of the death.

Contact a Fort Lauderdale personal injury attorney at The Pendas Law Firm today for a free consultation if you were injured or a loved one was killed because of an airline’s negligence. We will help recover the compensation that you deserve, including medical costs, funeral expenses, lost wages, and pain and suffering.