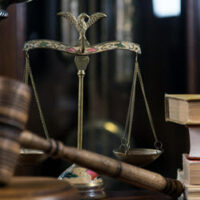 On January 6, 2017, a man opened fire in the Fort Lauderdale airport and killed five people.

One year later, the family of one of the victims filed a wrongful death lawsuit against several entities they claim are responsible for the incident. They are only seeking damages for the pain and suffering they’ve experienced from this tragedy.

On that fateful day in January, one man boarded a one-way flight to Fort Lauderdale from Alaska, checking only a semiautomatic handgun and ammunition in a locked case. The complaint alleges that these facts, along with the man’s behavior, should have raised red flags with the airline. The family claims that the shooter argued with passengers in front of the Delta flight crew and that he was unruly and disruptive.

The complaint further alleges that the shooter’s gun should not have been returned to him within the terminal. The family faults the county and the airport for not implementing more safety precautions, like having off-duty police officers return the weapons and escort the armed passengers off the premises.

Business owners can be held liable if they are negligent in providing security for their premises and that negligence results in personal injury or death, or if a guest’s personal property is stolen or damaged. Businesses have a duty under Florida law to keep their customers safe, and providing basic security is a way to prevent foreseeable dangers. Unfortunately, in this day and age mass shootings are arguably foreseeable.

To win a negligent security case, a plaintiff must prove that:

Negligent security cases are often complex, which is why you should consult with an experienced attorney if your injury or your loved one’s death resulted from a negligent lapse in security.

Contact a Fort Lauderdale personal injury attorney at The Pendas Law Firm today for a free consultation if you were injured, or if a loved one was killed, in a negligent security incident. Our experienced attorneys will help recover the compensation that you deserve.