Was Your Florida Accident A Result Of Prescription Drug Impairment? 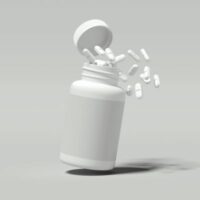 According to the law, every driver has a duty to be aware of the side effects of the prescription drugs they are taking and ensure they don’t get behind the wheel when it is not safe for them to do so. So, yes, you can file a personal injury claim after suffering an injury in an accident because of a driver who was driving while impaired by prescription drugs.

Dangerous Side Effects of Prescription Drugs

All the above side effects of prescription drugs can increase a motorist’s risk of causing a car accident. For example, blurred vision can result in a driver shifting into the wrong lane and causing an accident. Also, drowsiness can cause a motorist to fall asleep while driving and crash into another car when they run a red light or stop sign.

The Law and Prescription Drugs

If you were injured in a Florida accident by a driver you believe was driving while impaired by prescription medication, reach out to one of our West Palm Beach personal injury attorneys at The Pendas Law Firm for help. Contact us today to schedule a free consultation.