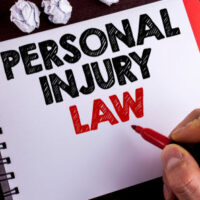 Local 10 News recently reported that surveillance video captured a deadly crash in Miami Gardens which the family member of the victims believes demonstrates that the accident could have been avoided altogether. Instead, two men were fatally injured when a car that was reportedly stolen and being pursued by police T-boned their vehicle as the driver of the stolen car attempted to evade officers.


Generally speaking, yes. Under Florida law, Florida doesn’t really restrict the use of security cameras as long as people are provided notice of their existence either explicitly or by the obvious presence of a camera, and as long as they are kept out of places where people have a reasonable expectation of privacy. Because the statute primarily concerns video voyeurism, places where a reasonable expectation of privacy would apply are almost never the same places as where footage of personal injuries would be taken.

How Can Surveillance Video Help a Personal Claim?

Surveillance video of the accident can be one of the strongest ways to show that you are telling the truth when footage can be obtained that confirms your account of events. This is an objective kind of evidence that is neutral and for that reason, surveillance video can really help your claim when the evidence it shows is favorable.

How Can Surveillance Video Hurt a Personal Injury Claim?

Just as footage obtained of the scene that substantiates your account can really help your claim, evidence that clearly demonstrates that you have exaggerated or changed your story can also hurt your overall credibility which can reduce, or even eliminate, your ability to recover for your injuries. Even though there may be a legitimate reason for a difference between your version of events and what surveillance video demonstrates, once damage is done it can be difficult to overcome, especially in the eyes of a jury. Keep in mind that insurance companies strive to avoid paying out for injuries in the best of circumstances and staged injuries are also a real phenomenon. The last thing you need in addition to having to recover from your injuries is to have to attempt to overcome being viewed as fraudulent.

What Are Examples of Video Footage that Might be Relevant in a Personal Injury Claim?

An experienced personal injury attorney can help you determine whether footage relevant to your claim exists and if so, how to go about obtaining it.

What is the Best Way for an Injured Victim to Avoid a Claim Being Affected By Surveillance Video?

Most importantly, be truthful from the beginning and remain consist in your account of what happened.Allow Us to Help.

You have every right to seek compensation under Florida law and seek out experienced legal help that can ensure surveillance video is utilized in a way that maximizes your claim. Contact the experienced Miami personal injury attorneys of The Pendas Law Firm today and we will help you recover the compensation you are entitled to.