Understanding the “Fabre Doctrine” in Florida 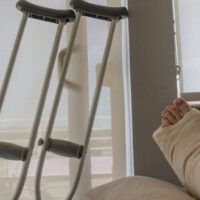 Florida is a pure comparative negligence state, which means that parties pay damages based on their degree of negligence.

But what happens if the third driver only files a personal injury lawsuit against the first driver? Or if the second driver fled the scene of the accident and no one can identify him? Will the first driver be responsible for all of the damages?

In 1993, the Florida Supreme Court considered Fabre v. Marin, a case where the plaintiff was injured in an accident while riding as a passenger in a car that her husband was driving. Even though the jury found the husband 50 percent at fault for the plaintiff’s injuries, the jury did not reduce the defendant’s liability. (The husband was immune from liability because of interspousal immunity.)

The Florida Supreme Court did not like that outcome, holding instead that defendants should not be forced to pay for damage they did not cause. The court reasoned that there “is nothing inherently fair” about forcing defendants “to pay more than their fair share of the loss.” Moreover, if the driver had been the plaintiff’s friend and not her husband, the friend would not have been immune from liability. The court’s goal was to level the playing field for all defendants.

Problems with the “Fabre Doctrine”

But is the “Fabre doctrine” fair for plaintiffs?

An experienced attorney will examine the facts of your case and help you identify the parties responsible for your injuries.

Contact a Fort Lauderdale personal injury attorney at The Pendas Law Firm today for a free consultation if you were injured by a negligent actor or by multiple negligent actors. Our experienced attorneys will help recover the compensation that you deserve.