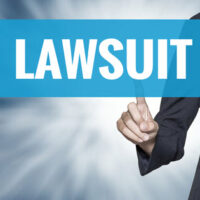 In personal injury lawsuits that go to trial, one of the most important testimonies can be the voice of the injured party. However, another important voice that can help the court understand your claim is that of your expert witnesses. In a recent decision, the Florida Supreme Court stipulated that the standard that expert witnesses are evaluated under is changing. In DeLisle v. Crane Co., the Court reversed a ruling out of Broward County in which the 4th District Court of Appeal had held against the plaintiff. The Florida Supreme Court instead ordered reinstatement of the plaintiff’s eight million dollar verdict against a cigarette filter manufacturer in a mesothelioma case. In a 4-3 decision, the Court ruled that the previous old standard, which was more stringent, was unconstitutional because it placed individual judges in the role of a scientist and therefore violated the separation of powers required under the Constitution.

This will have a significant impact on all future civil cases in Florida, including personal injury lawsuits.

What is the Old Standard?


Florida had previously followed the Daubert standard for expert witnesses, which arose from the 1993 U.S. Supreme Court ruling in Daubert v. Merrell Dow Pharmaceuticals. In that case, the Court held that the judge would determine whether a witness met sufficient criteria to be deemed an expert, which included whether he or she had the minimal knowledge, skill, experience, training or education in order to form that opinion.

What is the New Standard?

The new standard, which is the Frye standard, is actually not “new” to Florida courts since it was the standard prior to the Daubert standard. However, it is distinctly different from the Daubert standard because it has a lower threshold that expert witnesses are required to meet. The Frye standard dictates that an expert opinion based on a scientific technique need only show that the technique is considered generally acceptable as reliable in the relevant scientific community.

How Will this Affect Personal Injury Claims?

Do You Still Have Questions? Let Us Help You With Your Personal Injury Lawsuit Today.

Unfortunately, injuries happen, but when you are injured because of someone else’s negligence, that person should be held responsible. If you or a loved one has been injured due to the fault of someone else, we can help while you focus on recovering from what you have experienced. The Fort Lauderdale personal injury attorneys at The Pendas Law Firm are experienced in helping people like you recover the compensation that you deserve. Contact us today to schedule a free consultation.