The Importance of Keeping Impaired Drivers off the Road 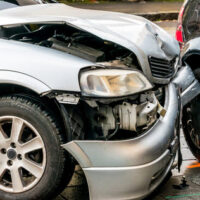 According to AP News, a Florida man has been sentenced to 20 years in prison in an impaired driving crash that killed a 73-year-old Virginia woman. The sentencing is a follow-up to the guilty plea the 37-year-old entered last year to a charge of aggravated involuntary manslaughter for the 2018 crash that left the elderly woman dead. The woman was reportedly driving home from her daughter’s house around 10 p.m. on a summer evening when she was hit by the man, a Winter Park, Florida resident who was in town for a business meeting the next day. A witness saw the man stagger from his car and crawl away on his hands and knees in an attempt to flee the scene, although this was futile as a K-9 police unit found him hiding in bushes at a nearby home a short time later. Prosecutors told the court that a toxicologist determined that his blood alcohol content would have been about .20 percent at the time of the crash, which is more than twice the legal limit for driving. The impaired driver also had trace amounts of Xanax and an Amphetamine in his system at the time of the fatal collision.

The Tragic Results of Impaired Driving

We have all heard about the many dangers of drinking and/or using drugs and getting behind the wheel of a car. Despite this, untold numbers of people still choose to indulge before driving which is an unfortunate choice that can have a harmful impact on both their own lives and on those of other people who are unlucky enough to encounter them. In fact, a person is injured in an alcohol-impaired driving car accident every two minutes and every 50 minutes, a person actually dies in an alcohol-impaired collision. And if you think marijuana is “safe” to use before driving, think again. Marijuana users are roughly 25 percent more likely to be involved in a car accident than drivers with no evidence of drug use. As an extension of this, almost seven percent of drivers involved in fatal car accidents test positive for THC.

One of the best things that you can do to help keep impaired drivers off the road is avoid becoming on yourself. You should never drink or use illegal drugs before driving and you should even be cautious about using medications you’ve been prescribed by your doctor until you understand exactly how they work and affect your body.

If you are driving along and you happen to spot someone else on the road who you suspect is impaired from the way that they are driving, make sure that you put as much space as possible between that person and your vehicle. If you can do so safely, note the color, make, model, and license plate of the vehicle. When you can, stop driving and call 9-1-1 to report the vehicle to authorities.

Have You Been Injured Because of an Impaired Driver?

If you find yourself injured, you should take a moment to reach out to a knowledgeable legal team after obtaining the medical help you need. As the experienced Fort Lauderdale personal injury attorneys of the Pendas Law Firm, we are here to support you in pursuing the compensation that you deserve. Contact us today for a free consultation.